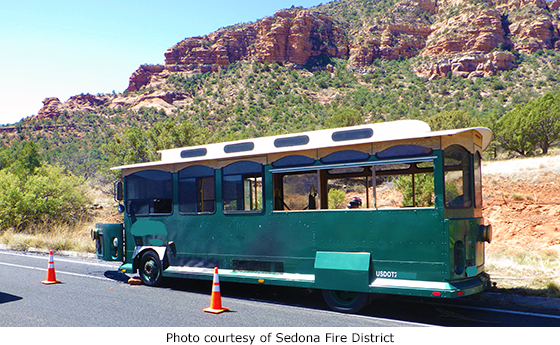 “The fire was confined to the engine compartment,” said Evans, “but due to the large amount of electrical wiring, fuel sources and other equipment in the area of origin, we were not able to pinpoint the exact cause of the fire.” “We were very fortunate that Engine 561 discovered the fire when they did,” explained Evans, “as nearby grass and brush were beginning to burn just as the engine arrived.”

Due to the Chapel stations (Station 6) central location, it is not unusual for apparatus based out of that station to respond into other stations first due areas to backfill or assist with calls.

“This happened to be one of those times where the engine was responding out of its first due area,” said Evans, “and we were lucky that it happened when it did.”