Sedona AZ (May 23, 2018) – Film has the power to illuminate, to make us feel deeply, essentially taking us to a place beyond ourselves.  As a medium, it opens hearts and minds, and our response to it is both visceral and personal. Underneath this response lies the unspoken connection between us all, and nowhere is this more evident than at the ILLUMINATE Film Festival. Renowned for their groundbreaking immersive approach to the film festival experience, the 5th annual ILLUMINATE Film Festival returns May 30th-June 3rd.  The premier conscious film festival, which some have referred to as the Sundance of the conscious film industry, ILLUMINATE is dedicated to elevating awareness and inspiring lasting transformation through cinema.

“Film as a medium has a paradigm shifting power. Our commitment to audience members is to support them on their own journey.” Says Festival Founder and Executive Director Danette Wolpert, “This year’s lineup answers both micro and macro-level questions: how do we become the best and fullest version of ourselves? How do we make a true and measurable impact on the world?  Individually and collectively, how do we rise?”

Participants in the festival are able to mingle with some of the renowned thought leaders of today, as well as like-minded individuals set on being the change they wish to see in the world.

The festival kicks off Wednesday, May 30th with a free screening of The Push featuring the inspiring story of the indomitable Grant Korgan. Opening Night features the Festival World Premiere of the Emmy-nominated Live Your Quest, which shares the wisdom of Michael Beckwith, Jack Canfield, Lisa Nichols, Tom Chi and others who explore the science, psychology and spirituality behind living a life of passion and purpose. 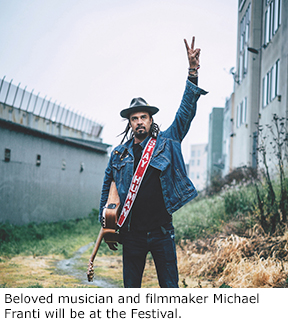 The festival will close with the latest from musician Michael Franti; Stay Human. This heart-drenched film reflects on Franti’s personal journey facing adversity as a child, struggling to find his voice as a musician, and how he came to find inspiration through six stories of extraordinary change-makers across the globe who chose to overcome cynicism through optimism and hope.  There will be a Q&A with Franti after the film.

New this year is the festival’s $5,000 cash prize, the Mangurama Award for Conscious Documentary Storytelling, which will be awarded to the most transformative non-fiction film that exhibits a strong story arc, compelling subjects and high production value.

For the first time, ILLUMINATE will be offering the cutting edge Reel Healing Online program. This multi-week educational web series, hosted by both established and emerging leaders in the field of transformation, will allow participants to more fully integrate a film’s message into their lives after the festival wraps.

One of the luminaries offering a Reel Healing Online program is rising star and bestselling author Hal Elrod whose work has been featured in segments on every major television network. Part of the next generation of game changers, his film The Miracle Morning features leading research detailing extraordinary but simple processes, made up of daily practices, that allow people to quickly transcend their limitations, enabling them to maximize their full potential. 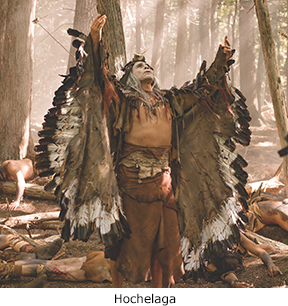 Other highlights include an online Satsang with enlightened master Moojibaba, a Reel Healing with Somewhere in Time producer and Spiritual Cinema Circle co-founder Stephen Simon, and 11 world premieres including 3100: Run And Become, a sweeping examination of running’s spiritual nature; Calling All Earthlings, an exploration of the controversial ET and Nikola Tesla inspired electromagnetic dome built by George Van Tassel, a one-time Howard Hughes confidante; From Shock to Awe, a gripping look into controversial therapies for PTSD; The Edge of Paradise, which tells the story of Taylor Camp, a hippie paradise started by Elizabeth Taylor’s brother in 1969, You Are What You Act, a feature doc that exposes an intriguing body mind pattern among many of the world’s action heroes; The Way Home, which points people past their limiting beliefs and attachments; Black Star, which explores art as a healing modality for addiction; and Living Music, a documentary short chronicling a rehabilitative journey of artistic experimentation and unconventional healing.

In addition, the festival will host its 5th Conscious Film Convergence, a series of film-industry programs offering panels on pitching, film funding and distribution. Added to the offering this year are the Take Twenty Mentoring Sessions, a speed networking opportunity where advice seekers can spend twenty minutes each with pioneers and leaders in conscious entertainment.

Finally, ILLUMINATE will be honoring author Lynne Twist with the Conscious Visionary Award. Author of The Soul of Money, this SuperSoul Sunday favorite and founder of the Pachamama Alliance is a recognized global visionary committed to ending world hunger, supporting social justice and environmental sustainability, and reframing our society’s relationship with money.

For tickets go to: http://illuminatefilmfestival.com/tickets-passes.

The 2018 ILLUMINATE Film Festival is scheduled for May 30 – June 3, 2018, at the Sedona Performing Arts Center and Mary D. Fisher Theatre. For more information, visit www.illuminatefilmfestival.com.