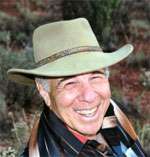 Sedona AZ (February 12, 2012) – It’s fascinating to watch the Republicans struggle to pick a candidate to run against President Obama.  It would likely be equally fascinating if the shoe were on the other foot. It’s a great circus that many Americans, despite their disgust with the whole process, find amusing.

A good analogy can probably be found in the world of “professional” wrestling.  Everyone knows that it’s phony and fixed, yet people turn out by the thousands to enjoy the antics of the performers and often get sucked in to the point that they forget what it really is.

The first thing one notices is the negative statements that each candidate applies to the others.  Each is labeled as an “unprincipled” person who lacks the skills needed to cope with the challenges that the nation faces.  Yet we all know that, sooner or later, one of these unskilled, unprincipled people will emerge as the clear front runner – the others become ardent supporters, perhaps angling for the Vice Presidency.  We have come to accept that political campaign statements are full of lies, innuendoes and vitriol – part of the circus act.  Wouldn’t it be nice if candidates were more honest, consistent, and didn’t have to eat their words at the end of the day?  But then it wouldn’t be half as entertaining.  Wouldn’t it be nice to hear candidates focus on how they would address the issues, and support the ideas of other candidates which are similar or would be equally effective?  But that is not the way the game is played.

Survey after survey has documented the general public’s disgust with negative campaigning.  Yet it is the prevalent mode of offence.  Why?  Despite what people say, it works.  Positive statements are “ho-hum” but negativism builds emotion.  I often wonder what Thomas Jefferson or James Madison would think of the current status of presidential election campaigns.

And then there is the issue of separating the candidate’s personal life from his/her public persona.  To paraphrase a statement by Cason Callaway relating to executives:  “A President must have integrity.  Without it, nothing else matters.”  Candidates who cheat or engage in unethical or semi-unethical practices in their personal lives are making clear statements about their character and how they are likely to respond to pressures or conflicts of interest in office.  One ignores this information at one’s peril!

Today we have a new feature on the political campaign spectrum.  In what I believe to be one of its most perverse and inane rulings ever, the US Supreme Court has given the OK for the “super PACS.”

The corporate form of business was designed, largely for two purposes.  It provided a vehicle for amassing capital needed for large projects, and it provided protection for the investors by limiting their exposure to the capital contributed.  But to be effective, it had to be able to write and enforce contracts and do many things individual people can do.

Instead of defining these rights, perhaps taking the lazy way out, the Supreme Court stared giving corporation the status of “personhood.” The Court is a very backward looking institution, seeking past precedent to justify current rulings with, in my opinion, little regard for changing situations and common sense.  As the years went by, the concept of the corporation as a person grew, and in so doing, it became a shield, not only against financial loss, but behind which people within the corporations could hide.

Yet the Supreme Court, in its latest ruling has allowed these super-PACS to function at will within the campaign environment.  They cannot contribute directly to the candidate’s campaign coffers, but they can act independently on behalf of a candidate.  The justification for this, on the part of corporations, is that as “persons” they are entitled to “freedom of speech.”  There is no limit to what they can spend (and there is no need for them to check first with their shareholders).

What are the implications?  The influence of special interest groups today is one of the banes of the American political scene.  It all ties in with term limits, seniority, the cost of winning election – but suffice it to say, few members of Congress, even if opposed to special interest funding, want to kill the Golden Goose once they realize the implications for reelection.  And there is no way to avoid the multiple conflicts of interest which this creates – something else that the American public knows – but tolerates.

Does the super-PAC ruling promote freedom of speech?  Perhaps in a very perverse manner!  It’s much akin to convening a meeting of people to discuss a problem and then cutting off the speaker system and giving one member of the room a giant bull horn to drown everyone else out.  Does that promote or limit freedom of speech?

That’s exactly what the Supreme Court has done.  By allowing these super-PACs their “freedom of speech” it has drowned out (or severely limited) the impact of countless thousand who are of a different opinion.

We all see many of the problems that face our nation and the inability of our political system to deal with them.  Congress has become a battlefield, rather than a body that tries to work on compromise.  What one party supports, the other, in knee-jerk fashion, opposes and the issues that must be addressed get lost in the maneuvering for supremacy.  And the influence of special interests, focusing on their desires, many of which run contrary to national needs.  All this makes it extremely difficult, if not impossible, to rally the nation’s resources to tackle the difficult challenges.

Change will only come one way.  We must get rid of the circus (confine it to the tents and the entertainment field, where it belongs) and get it out of politics and government.  We’ve become too complacent and accepting – and like the Supreme Court, we are looking backward, accepting, almost unquestionably, the past and throwing current needs and common sense out the door.  Only you and I can change this – and only by getting involved.  A good place to start would be to put pressure on Congress to eliminate the super-PACs, even if it takes a Constitutional amendment to “de-personalize” the corporation and get the puppet masters out from behind the curtain.