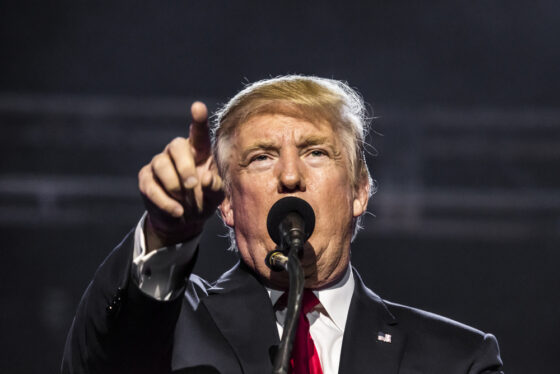 Sedona AZ –Talk about one more bit of bad luck for the Republicans.

Bad enough the terribly-timed Supreme Court decision on Roe vs Wade and now we have Trump making his announcement on the heels of the Red Fizzle that he will run for the presidency two years in the future, thereby fomenting even more division in the party.

Instead of making everyone wait on their toes playing coy he goes ahead and tells his enemies he is on for the run.

Two years is such a long time, plenty of time for his enemies to develop strategists to derail or jail him.

The fearful Republicans will just wait on whether to support or attack him depending on the way the wind blows from now until then.

But the signs are there that the media has already lost interest in him and are bored of the rhetoric Trump patented.

They will harm him where it hurts most by not paying him any attention, other than criticism and ridicule.

Americans are so easily manipulated now and can be swayed one way or the other by pundits and print media and it appears that the kind of passion MAGA people initially had for Trump is starting to wane.

The leadership of Trump’s far right supporters was decimated after the January 6 trap identified the most volatile of them, arrested them and neutralized them forever.

One can assume that most if not all aggressive groups that are still Trump followers have already been infiltrated, and the government is probably in total control by now, anyway.

No one can argue that the Republican Party is not fragmented. You got Mitch gathering his forces and circling the wagons. You got major Republicans donors snipping their purses shut. And you have many party members publicly doubting Trump is the path to the White House.

Trump will be marginalized. The media will go to work on him by simply ignoring him or criticizing whenever an opportunity arises. DeSantis will be their chosen one.

Then there are all the legal missiles being launched at him. As good as he is deflecting them, by the sheer volume of attacks, politically lethal ones will pierce the Teflon and Trump could find himself in handcuffs.

Once Trump is effectively removed from the equation, Republicans will unify and concentrate on the campaign and investigating the Bidens.

The MAGA people will lose their steam but will eventually fall into party line once their leader is taken out of the political picture.

Again, Trump will not be able to last two more years of attacks or lack of attacks if those in control decide to just ignore him, cut off his lifeblood of public attention.

It will be sad for his supporters to watch him chopped down piece-by-piece. But that’s what’s going to happen.

Observe how the Fox News people have already started the process, cutting him an inch at a time.

Bad timing for Trump to announce his candidacy. Premature is the word most fitting.

He should have stepped back, waited for the investigations on the Bidens go into full swing, allowed the other hopefuls to fight it out and tear each other to pieces, kept everyone guessing and then come in as the rightful champ and unifier.

But nope. He just could not help himself. The bigger the ego, the harder the fall.