Where … the sky meets the earth … it is nice up there and on the way down to Falcon this morning I looked down and saw the sky reflected in Horseshoe Lake and it was nice … and here it is. Rather an other-worldly view as the Verde River wends its way down to join the Salt River below Roosevelt Lake (which is below Horseshoe). A very long day and another one starting already. Have to be in the air around nine to do a video project and then a few days on the ground getting caught up with other things. 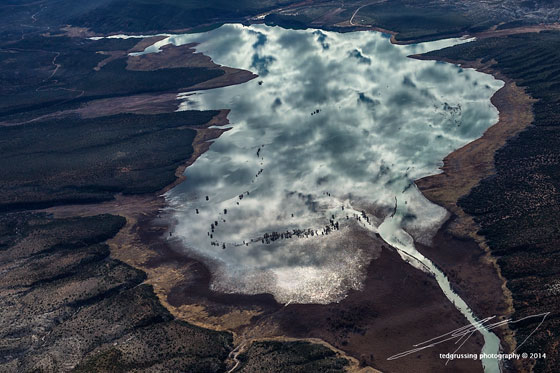 Have a terrific day … smile a lot

Ted also does one-on-one workshops for those interested in learning the techniques he uses. By special arrangement Ted will do one-on-one aerial photography workshops which will include actual photo sessions in the air.