Today’s Photo from Ted Grussing Photography: Now And Then

… now a photo of a Green Heron taking to flight from a small branch that is now above water in a quiet cove in the north central part of Lake Pleasant … they are one of the smallest of the herons and you can read more about the GREEN HERON by clicking here. They are about the size of a crow and have an erratic flight path similar to a King Fisher. When you are on land these herons are unapproachable taking to flight long before you get within decent camera range. On the water it is a different result and this little guy let us within 20 to 30 feet of him, whilst he went about his business of getting a meal from the lake. 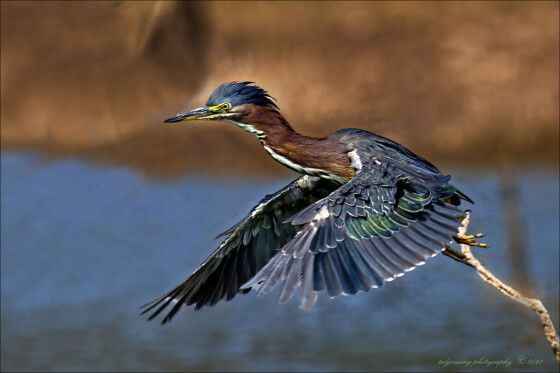 … then a photo from the past when I was soaring in the Verde Valley with a friend while monsoon storms were raking the valley and the cu’s were over developing and unleashing heavy rain in parts of the valley. There is nothing in the world that can match the beauty of flying cross country in a high performance sailplane/glider. For me, it all started with turning right on Carefree Hwy instead of left on my way down to visit Corky when she was in the hospital in Scottsdale … I found Turf Soaring, told Cork about it when I got to the hospital and she said to go for it. She loved it too. 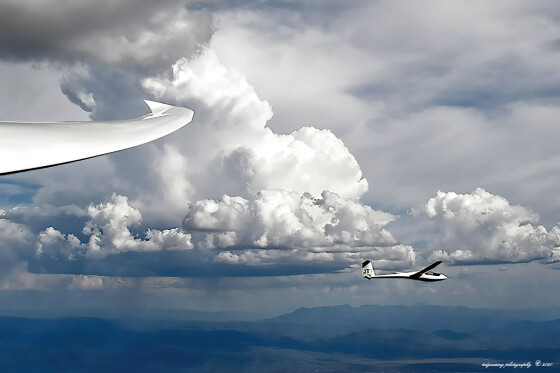 More monsoon storms are supposed to be rolling in again tomorrow … perhaps we’ll get a normal monsoon season this year … love the green and the stormy skies.

Have a beautiful day … smile and pursue your dreams.

Filled with dreams and songs and love, I wander afield.
Meditation, softened by the peaceful lands of grain and the illimitable blue sea overhead, draws my heart to my lips as one whose talent is all in song.
I yield to the thousand felicities of this transport, like a child led by his father’s hand; and no questions darken this day of my content.
— AFIELD by Max Ehrmann