I have received numerous requests to show a photo of the Confluence that also shows where the infamous Escalade project is projected to be, So here is the photo. As far as rivers go we have the Little Colorado coming in with its turquoise color water flowing from the top down and the Colorado river flowing left to right. Where the two converge we have the beginning of the Grand Canyon going downstream and the end of Marble Canyon coming downstream from the left. 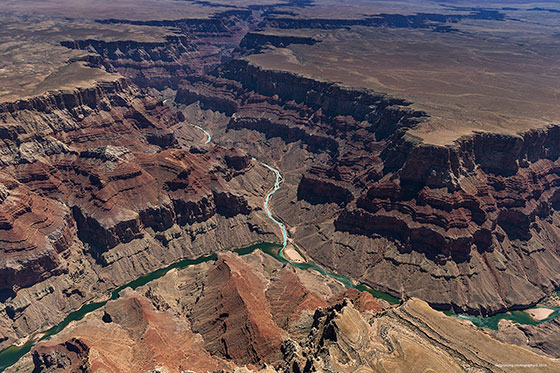 The overlook on the left on the up side of the rivers is where they are trying to put a resort and all the good stuff. Also a tram is to be built which will take people down to the river just at the point on the left where the rivers converge and will include a restaurant and river walk. Please note how densely populated the entire area is …  The point on the right of the Little Colorado river is Solitude Point … like there will be a lot of solitude there if they ram that project through.  If it does go through I would highly recommend a hanging neon sign stretching across the rivers proclaiming that you are entering the Grand Canyon and welcome from Pepsi and Coca Cola in 100’ high red neon signs. Join the Grand Canyon Trust and help stop this abomination. http://grandcanyontrust.org Good people.

A very busy one today and it is time to wrap it … fly to Prescott in not that many hours for instrument calibration and then to the San Francisco Peaks as I understand it is snow all the way to the base.

In our family my dad would always be the one with a movie camera shooting film of all family events or whatever was important to him; my brother continued the tradition first with film and then with digital camcorders … I stuck with still photography and never transitioned. Bruce sent me a most welcome surprise this afternoon … a video clip of Corky and I and also our oldest daughter, he shot it on a visit to our home in Huntington Beach, California in February of 1990 … it is a bit silly, but to be able to see her and hear her again is an unbelievable treat.

A lot of you never knew Corky before the MS put her in a wheel chair and viewing the world at waist level so if you would like a brief glimpse of our life before wheelchair days as captured by my brother check it out at: . I also upload these emails to my blog at: http://tedandcorky.com/wordpress1/ and you will find the email with the audio of my uncle Norm in there.