Today’s Photo From Ted Grussing Photography: It’s Quiet Out There 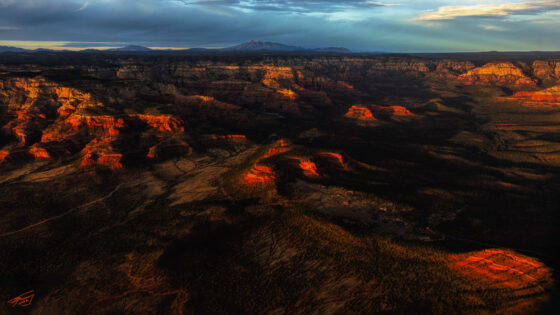 … returning to Sedona late afternoon on a cold February day, the sun was doing its thing on the red rocks of Sedona, when I took this shot looking north up Long Canyon, as I headed back to the airport … about three miles to go, engine off and silent … just some light wind noise as Mariah glided silently through the air and home in sight. On the horizon from left to right Sitgreaves Mountain, Kendrick Peak, the San Francisco Peaks and Mt. Elden. All silent and waiting for the night.

Below is a shot of Enedina, the Saker Falcon as she is in the midst of a power stroke, having just launched into the sky … a fierce and very fast bird … the second fastest living creature in the world. 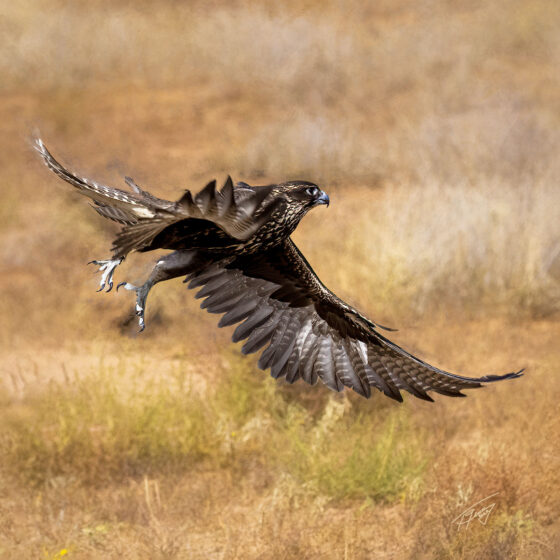 A storm moving in tonight and it is currently quiet ,,, perhaps I’ll get to listen to some rain as it falls and a full day of predicted rain tomorrow. Quietly slipping into weeks end. Have a beautiful day and smile … we are here!

By night the moon walked with me, my brother of
the sky, saying things in a voiceless voice, which
I understood. The stars knew me in the night and
smiled, children of the house of God playing on the
mead of heaven, calling often to each other. Not once
saw I God face to face, yet heard Him when I stopped
my ears, whispering as does the sea on the bosom
of the night.