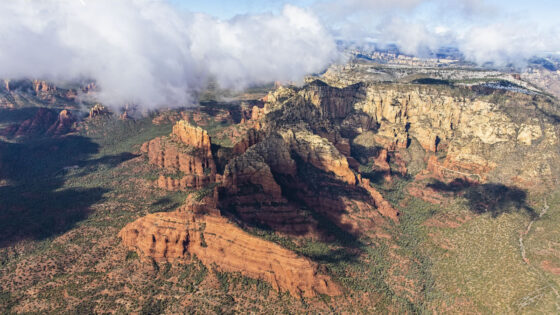 … there are consequences for each and every choice we make! At about 1 AM I decided to close my eyes (very heavy eye lids) for a few minutes and the consequence is that they did not re-open until 4:10 AM … so we’ll make this one a wee bit short.

The photo above is the photograph that Arizona Highways chose to do a two page spread with in the September issue and it beautifully depicts the rugged nature and isolation of the Northern Arizona area … even so close to a metro area like Sedona. The shot is of Steamboat Rock and Wilson Mountain which overlook uptown and West Sedona … we are guests and observers here and nothing more.

The image below is of bee dining at what for him is a five star restaurant. 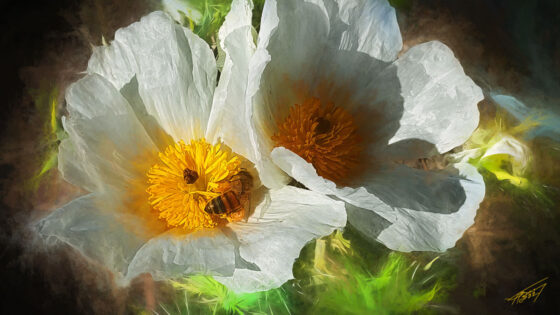 Come see both of these shots on the big screen at the Mary Fisher Theater on Saturday!

Time to continue my nap for a couple of hours … have a beautiful day!

A bird flies through the sky, and I fly with it. I am in
each pearl of moisture sparkling in the sun. I lie lazy
on the clouds. And I acknowledge my kinship with
each winged thing.

excerpt from On A May Morning by Max Ehrmann