Sedona AZ (May 25, 2016) – The Sedona International Film Festival is proud to present the Northern Arizona premiere of the acclaimed film “Seve: The Movie” showing one day only: Thursday, June 9 at 4 and 7 p.m. at the Mary D. Fisher Theatre.

Legends are born to win.

Despite being blocked at almost every turn in pursuit of the sport he loved, Seve Ballesteros fought against adversity to become the most spectacular and charismatic golfer to ever play the game.

“Seve: The Movie” combines dramatic recreations with electrifying archive footage to tell his incredible rags to riches story; from humble beginnings on the beaches of Spain where at age six he taught himself the game with a broken 3 iron strapped to a stick to becoming world number one and the greatest golfer of a generation. 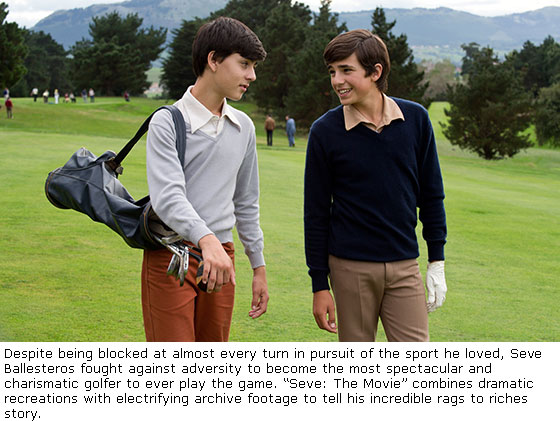 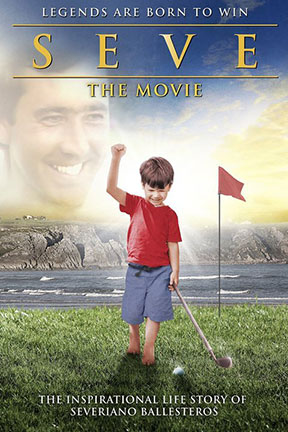 From the audacious chip-shot between the greenside bunkers on the final hole of the 1976 Open Championship at Royal Birkdale, through the infamous “car park” shot at Royal Lytham in 1979, the iconic celebration on the Old Course’s 18th green in 1984 and the exquisite chip he lipped out on Royal Lytham’s 18th in 1988, the full range of Ballesteros’ peerless virtuosity is on display. Also worth more than one rewind is the man on his knees under a bush with a 3-wood, fashioning a deliberately snap-hooked shot that few would imagine let alone try. As a suitably awed Tiger Woods says: “I couldn’t pull off the shots I saw Seve hit. But I watched him pull them off again and again and again.”

“ ‘Seve’ is moving in a way that sports movies rarely are,” raves Geoffrey Mcnab, of the Independent.

“Seve: The Movie” will show at the Mary D. Fisher Theatre on Thursday, June 9 at 4 and 7 p.m. Tickets are $12, or $9 for Film Festival members. For tickets and more information, please call 928-282-1177. Both the theatre and film festival office are located at 2030 W. Hwy. 89A, in West Sedona. For more information, visit: www.SedonaFilmFestival.org.