Ken Koshio & Kenzoo’s
Celebration of the Earth Concert at OTCA

Cottonwood AZ (April 11, 2018) – Old Town Center for the Arts is pleased to announce “Ken Koshio & Kenzoo’s ‘Celebration of the Earth’ a special evening concert on Saturday, April 21st at 7:00 PM.

Ken Koshio is a world class Japanese Taiko drummer. Taiko is a Japanese style of percussion, which combines music, movement and spirit.  Ken pushes the boundaries of Taiko through various collaborations, creating a totally authentic and unique style of music and Taiko performance art. 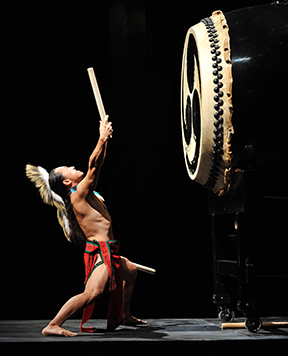 The theme of the concert is “Celebration of the Earth.” where art, culture and music intertwine to celebrate the diversity of cultures across the planet. Since ancient times, Taiko rhythms have been dedicated to setting the ‘heartbeat’ in motion, expressing the melodies and pulse of mother earth.

As director for the event, Ken Koshio’s passion is to create the most rewarding experience possible and to express the importance of our shared origins and our collective attunement with nature.

Ken was born in Japan and has been traveling around the world as a musician and street singer. Currently based in Phoenix, he creates fusion music with Native American artists and has produced a Japanese folk tale musical story: ‘Sakura no Ne’ a collaborative project with the Japanese Friendship Garden of Phoenix.  In addition to his role as a musician, he also acts as an ambassador of Japan, linking his cultural roots to the rest of the world. Since moving to the Southwest, Ken has been working with Native American artists to find common ground and collabortion with their dance, music, drumming and singing. He has toured Japan with several Native American artists to create new exchanges in this global age, acknowledging that music and art are one of the great tools to communicate between people and cultures. 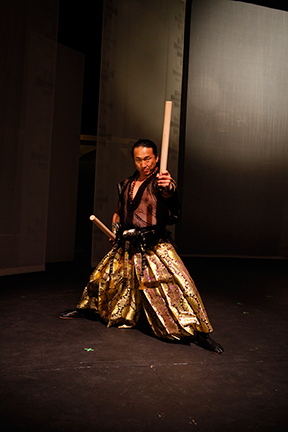 Ken is currently working on a new project “ heartbeats from the Grand Canyon” which has been his dream to bring peace and harmony through music and arts to the world.

Ken is in the Guinness Book of World records for a concert performing in front of 40,000 people in 2013 with more than 500 artists in India.  He received the Mayor’s Arts Award in 2015, music category and was a nominee for a Governor’s Arts Award in 2016, Artist Category.

Presently, Ken shares his Japanese spirit of WA taiko at his dojo WAKONKAN and has been producing cultural events as K2Enterprise from 2013.

Join Ken & Kenzoo for this soulful and powerful performance, in celebration of Earth Day, Saturday, April 21st at 7:00 PM

Tickets are available online at www.showtix4u.com or in Cottonwood at Desert Dancer, and Mt Hope Foods.  In Sedona, you can find tickets at The Literate Lizard. For more information about this concert and other upcoming events, visit www.oldtowncenter.org, or call Elena Bullard at 928-634-0940.

Preserving the Wonder Speaker Series – Save the Date