Sedona AZ (June 5, 2016) – The Sedona International Film Festival presents the “The Three Stars in Munich” Concert on Sunday, June 12, featuring three of opera’s most legendary performers: Anna Netrebko, Jonas Kaufmann and Thomas Hampson. There will be one show at 4:00 p.m. at the festival’s Mary D. Fisher Theatre.

The superstars of classical music are together for the first time at the Königsplatz, Munich for one night only. They will be joined by special guests Elena Zhidkova and Ildar Abdrazakov. 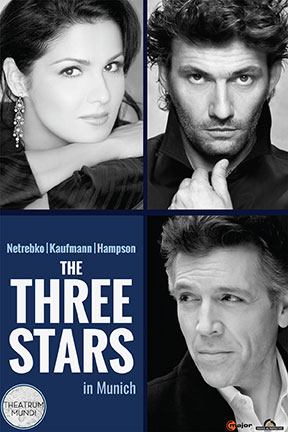 The Munich Königsplatz, with its elegant classical buildings, is a unique, picturesque performance space. With this rare meeting of opera superstars, the square transforms into an opera house under the open sky, and creates an atmospheric setting for its 15,000-strong audience.

Enjoy the musical genius of these legendary performers in this one-night-only special concert event. 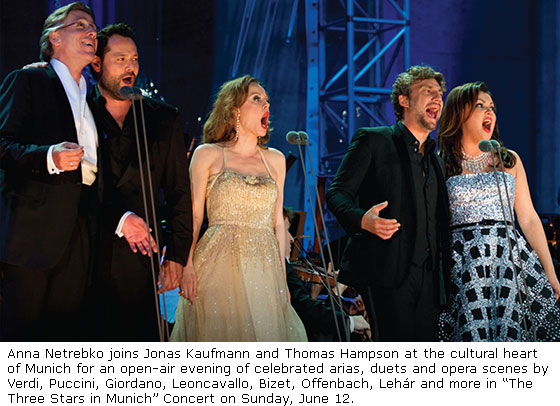 “The Three Stars in Munich” Concert will be shown at the Mary D. Fisher Theatre one day only: Sunday, June 12 at 4 p.m. Tickets are $15, or $12.50 for Film Festival members. For tickets and more information, please call 928-282-1177. Both the theatre and film festival office are located at 2030 W. Hwy. 89A, in West Sedona. For more information, visit: www.SedonaFilmFestival.org.