Sedona AZ (May 12, 2017) – The Sedona International Film Festival is proud to announce its Stage Russia series kicking off on Sunday, May 21 with the award-winning “Anna Karenina”. There will be one show at 4 p.m. at the festival’s Mary D. Fisher Theatre.

Telling the life story of the titular Anna, a St. Petersburg aristocrat, against the backdrop of late 19th century Russian society, Tolstoy’s novel is widely considered a pinnacle in realist fiction.

Cholina strives to find the equivalent of Tolstoy’s words in harmony and movement, with every gesture holding meaning. The music of Alfred Schnittke helps to reveal the characters and their depth, together with elegance and mood corresponding to the amplitude of the novel. 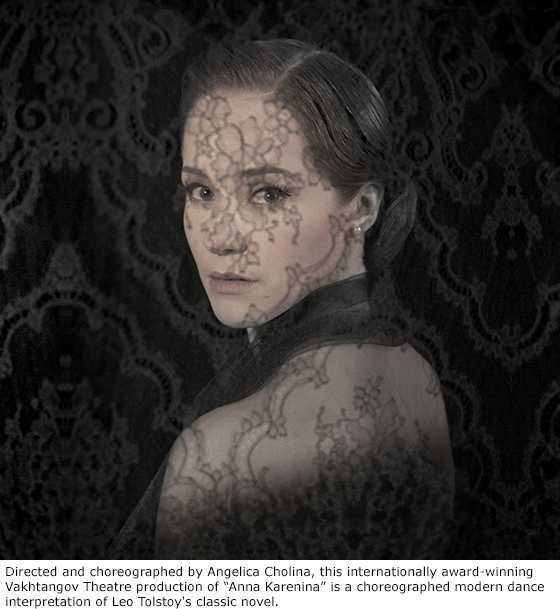 A crowd favorite in Moscow which plays to sold-out houses month after month, this meticulously detailed and gorgeous “Anna Karenina” is an example of the new Russian theater scene, fearlessly focusing on the visceral, allowing audience members to form their own interpretations.

Stage Russia’s “Anna Karenina” will be shown at the Mary D. Fisher Theatre on Sunday, May 21 at 4 p.m. Tickets are $15, or $12.50 for Film Festival members. Tickets are available in advance at the Sedona International Film Festival office or by calling 928-282-1177 or online at www.SedonaFilmFestival.org. Both the theatre and film festival office are located at 2030 W. Hwy. 89A, in West Sedona.