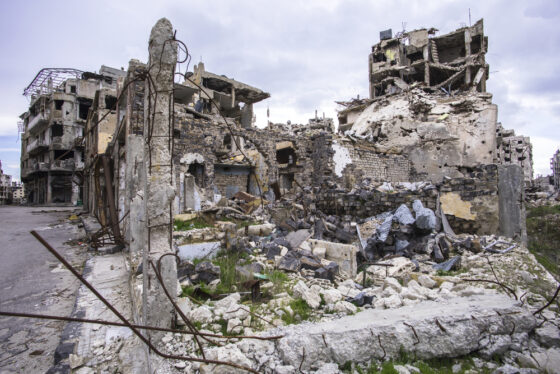 As I watched on TV the Russian helicopter get hit by the Ukrainian Stinger missile, I did with fascination as the rocket came in from the right side of the screen, struck the copter in a ball of light, disintegrating it to pieces, with the bulk of what was left of the helicopter falling to the ground in black smoked flames.

The news channel kept playing the video over and over again and it seemed my eyes searched hungrily for any detail I may have missed from the previous viewing, each time it was played.

And I noted, deep inside, watching my thoughts, that I was glad the Russian enemy aggressor had been knocked out of the sky.

Then, it hit me. I wasn’t watching a movie. This scene wasn’t created in someone’s imagination.

It was real. And what I was watching was not just the downing of a helicopter. I was witnessing people being killed.

I don’t know how many people were incinerated in the copter. That did not matter. Living, breathing human beings left their mortal coil. Their dreams and hopes turned to ashes.

Yes, they were Russians moving in to kill Ukrainians, civilians and military as well. But still, they had families, a life once before and like me, loved, laughed and cried.

Then the full impact of this terrible war hit me, as well. Every time the media played a clip of a building being hit by a missile, in the midst of those explosions, people died.

Watching safely from the comfort of my home is one thing. Putting myself in their shoes, in those buildings, I felt the terror of the war and the killings.

Those scenes of devastation are real. The buildings being turned in debris are real. The people living and dying inside them are real. It’s not a HBO special.

I thought of my family, the people I know here in Sedona, my friends and fellow Americans and clearly saw in my imagination’s eye we too being blown to smithereens by an enemy hell bent on destroying us.

What would we do? What could we do if some force came to our shores bringing the kid of death and destruction Ukraine is going through?

Yes. We would fight. And pay a price.

Who would believe that in today’s modern and supposedly civilized world this kind of killing is going on?

Maybe the impact on our psyche from this war is stronger than the past wars because Iphones are capturing what was not captured before.

This war is being viewed up close and personal.

The Ukrainians could be us.

I don’t want to watch the bombings anymore. — news fodder for the networks playing those scenes over and over again.

So many of us sit in front of our media devices searching for more bad news and graphic images of death and annihilation.

I just want to close my eyes and use my will and imagination to foresee a ceasefire, an immediate end to the killing. Humanity has had enough.

These last two years have been dreadful for so many of us. So many people I knew and loved died. Death is so final. So real. And now we have what’s going on in Ukraine. Millions displaced. Thousands killed. Entire cities being systematically razed by munitions of ever-increasing potency.

We have had enough of having to watch desperate mothers, fleeing with their children, women losing their husbands to war. Fellow humans beings are being  blown to smithereens on both sides of the fence.

End this. Now! The purveyors of war for profit must stop their gorging. Surely their lust for blood money has to have by now been satiated.