… Saturday was the airport days at Sedona’s airport and there were a number of WW II vintage aircraft there … rides were being given in the B-25, CAP was doing flights too and Guidance Air was doing cut rate helicopter rides. Mariah was on display and it was a kick letting the young kids sit in the cockpit and pretend they were flying her. The T-28 did an awesome fly by generating smoke as he flew by. After a full day in the sun, my nose is such that I am going to compete with Rudolph for a lead position on Santa’s delivery system this year. 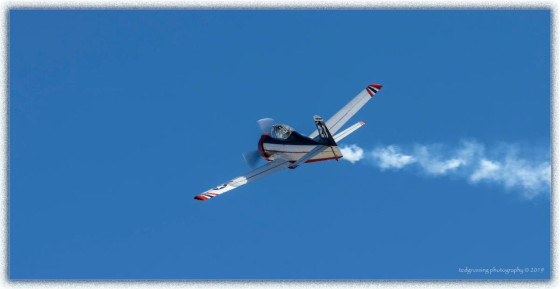 I flew up to the SF Peaks this   morning to get some shots of the color up there. There is still a lot of smoke in the air as far as the eye can see, although not as bad as usual. The shot of the peaks is looking at the inner basin and the north facing slopes of the mountain. The inner basin is only about 20% color while the north facing slopes are getting close to full color. This is kind of a neat photo in that all of the peaks of the San Francisco Peaks are visible from the far left going right and back to the left on this side. Doyle, Fremont, Agassiz, Humphreys, Aubineau and Rees. 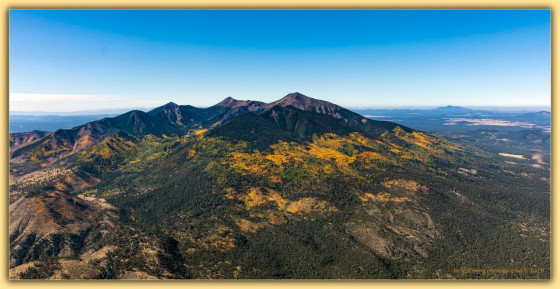 A new fire started up there in the Shultz Pass between Mt. Elden and the San Francisco Peaks this afternoon … word just in, the Firefighters have fully contained the fire at six acres. Good job!

Welcome to a new and beautiful week.