… when other wildlife shooting goes into the doldrums, there is always the alternative and much more diminutive “wild” insects to shoot … of necessity all shooting is hand held and in most cases manual focus is used because the subject matter is just to small to acquire and lock on the target. You decide to shoot a subject that is in constant and erratic flight … just to up the ante a bit.

So, that is what is going on in these photos. They were taken on Lake Mary last year and I used the Canon EF 100-400mm f/4.5-5.6L IS II USM lens mounted on my Canon 5D MK IV camera body. Methinks it did pretty well. The detail and structure of the wings of these flying machines is absolutely amazing. It is a Blue Darner Dragon Fly. Both of us came away with some fabulous shots of these beautiful life forms. 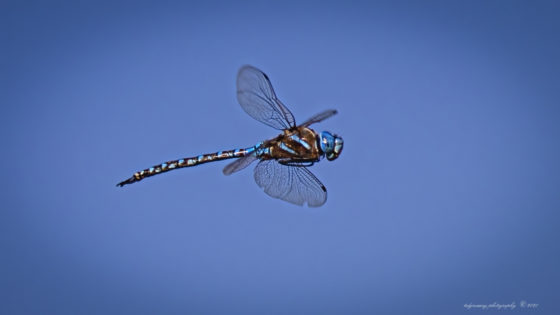 The present challenge is to do a repeat with the new R5 bodies I just bought. Think I am starting to get the hang of them and looking forward to the next outing at the lake.

A little photo work tomorrow and finish up a couple of gemstones; one faceted (blue apatite) and one cabochon (opal) … maybe more if I get on a roll and that does happen when everything goes according to plan.

Have a beautiful day tomorrow and every day you are granted … always your choice!

After the day’s struggle, there is no freedom like unfettered thoughts, no sound like the music of silence. And though behind you lies a road of dust and heat, and before you the fear of untried paths, in this brief hour you are master of all highways, and the universe nestles in your soul. Therefore, in the night, sit still a while and dream awake, ere you lie down to sleep.
excerpts from Ere You Lie Down To Sleep, by Max Ehrmann