… what a great day and the unexpected happened when we found our Peregrine Falcon on the same little island and with perfect light we positioned ourselves with a slight drift in towards the falcon and again got dozens of shots of our speed machine before she took off less than 30 feet away. The shot above shows the falcon taking one leg down from under her breast feathers and placing it on the rock about a quarter of a second before she took off … wings are being unfurled before the initial power stroke. Birds of all types will perch on one leg and tuck the other leg up under the breast feathers to reduce the loss of body heat from unfeathered body parts … it was very cool this morning. More shots of her in flight too, but I like this brief moment as final moves before takeoff are taken.

The shot below is of an Osprey that has just left a tree limb in the water and left for hidden waters where we were not. Everyone but fishermen in boats seemed to be doing well at food gathering! 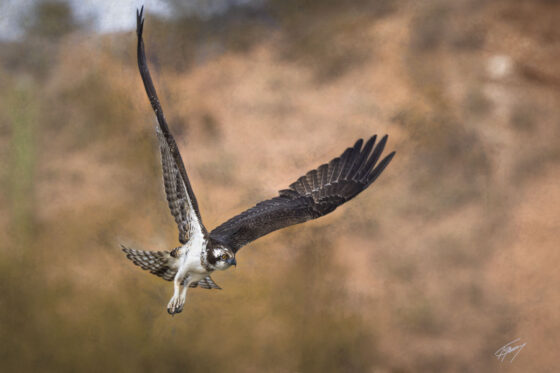 Though work bring naught of power
nor wealth
Spare me from want of common needs,
And give a share of manly health,
A few good friends of honest deeds;

And till death’s peaceful slumber nears
A life of undishonored years.

excerpt from Work by Max Ehrmann