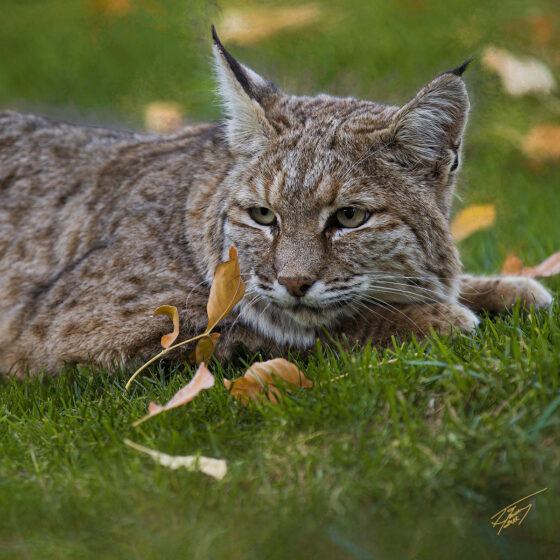 … for whatever reason, I have not been spending as much time on the back deck and consequently I have not been out there to get shots of the local bobcat population, so I spent time going through my folders of bobcats and these are a couple of them.

The upper photo was shot on the grassy side of the hill below the 17th green, directly across the arroyo from us … he was just soaking up rays in the late afternoon of a cool December day. I spotted him and crossed over to see how social he would be and as usual I engagfed him in a conversation. He let me spend fifteen minutes within ten feet of him while I took hundreds of shots. Eventually he got up, stretched and ambled off to shelter for the evening.

The photo below is of a young bobcat kitten who was grabbing time in the shade on a very warm September day and he was patient with me as I spent perhaps ten minutes with him … maybe her 🙂 Bobcats have been a constant in our life here and One absolutely terrorized them when they came into our yard and during her lifetime chased more than thirty bobcats out of the yard (probably no more than two or three different cats.) 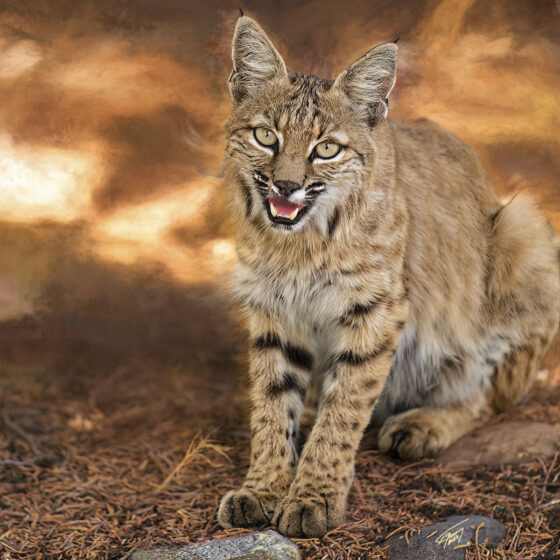 Nimbus, our first cat enjoyed their company and Lo an especially large bobcat was a frequent visitor, often spending a half hour or more napping on the deck while we were out there too.

I yield myself to the thousand enchantments
of sky and field and wood, and play again like
a child on the soft green of the earth. And as
the God of the universe has made thee to bloom
in tenderness, so also may my heart be softened,
and the gardens of my life be made to bloom again.

excerpt from A Prayer Of Summer by Max Ehrmann