By Annette Star Lustgarten, Member of the Board of Trustees

Sedona AZ (December 13, 2011) – Chanukah, which means “dedication” in Hebrew, is also known as the Festival of Lights. It is an eight-day holiday, commencing on the Hebrew calendar date of the 25th of Kislev. This year it starts at sundown on December 20, 2011, and ends at sundown on December 28, 2011. The Hebrew calendar is a lunar calendar, which differs from the Gregorian or Roman calendar—thus, the date changes from year to year. 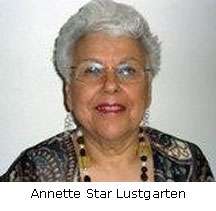 The story of Chanukah began during the reign of Alexander the Great, who conquered Syria, Egypt and Judea but allowed the conquered populations to practice their religions and retain some autonomy. One hundred years later, in 175 BCE (Before Common Era), Antiochus IV began to oppress the Jews. He placed a Hellenistic priest in the Temple in Jerusalem and ordered that an altar to Zeus be constructed. Jews were massacred, they were prohibited from the practice of the Jewish religion, and the Temple was desecrated by the sacrifice of pigs (a non-kosher animal) on the altar. Two groups of Jewish people joined to oppose Antiochus: a nationalistic group led by Mattathias Maccabee and his sons, including Judah, and a traditionalist religious group known as the Chasidim. They revolted against the oppression by the Greek government and the assimilation of the Hellenistic Jews, and in 165 BCE they were successful.

The Temple was liberated, repaired, cleaned and rededicated. There was very little oil for the Temple menorah (candelabra) that had not been defiled by the Greeks. The menorah was required to burn 24 hours, symbolizing the eternal covenant between God and the Jewish people. Only one remaining jar of purified oil—enough for one day—was found, but miraculously it burned for eight days. It took eight days to create a sufficient supply of oil for the continuous lighting of the menorah. The holiday commemorates the miracle of the oil, not the military victory. In addition, Chanukah is a celebration of religious freedom.

Chanukah is not a major religious holiday on the calendar of holy days in the Jewish religion. The only religious observances related to the holiday are the lighting of the candles in a candelabra called a hanukia and the prayers said at the time the candles are lit. A hanukia holds nine candles, one for each night plus a shamash (attendant or helper candle), which is placed at a different height and is used to light the other eight candles nightly. (By contrast, a menorah is a seven-branched candelabrum that was housed in the Jewish Temple.) The candles are lit from right to left. A total of 36 candles, plus the eight shamash candles, are used during the holiday.

The only traditional gift of the holiday is “gelt,” small amounts of money that were customarily given to ensure that people who could not afford to buy candles were able to do so. Gift giving is not traditional and has developed because of the holiday’s proximity to Christmas.

Foods fried or baked in oil are usually eaten on Chanukah to commemorate the miracle of the oil. Latkes (potato pancakes), served with sour cream and applesauce, are traditional among Asheknazi families (from Eastern Europe). In Israel, jam-filled doughnuts (sufganiyot) are served. There is also a tradition of eating cheese products on Chanukah.

In addition to candle lighting and eating, Chanukah celebrations include singing, dancing and playing a gambling game with a dreidel, a four-sided spinning top. Each of the four sides has a single Hebrew letter, and winning or losing depends upon the letter on which the dreidel lands. The game is usually played for pennies, chocolate gelt, nuts, raisins, candies or other items.

The Jewish community of Sedona and the Verde Valley will hold its annual Chanukah celebration on Wednesday, December 21, 2011, the second night of Chanukah, at 5:00 p.m. Each family will light candles in the family’s hanukia, and a potluck dinner will be served, with latkes supplied by the synagogue. For further information or to make a reservation call 204-1286.

Like to learn more about Chanukah? There are many children’s books and DVDs relating to this holiday available at the Sedona Public Library. The following is a sampling: A Chanukah Present for Me! by Lily Karr, The Golden Dreidel by Ellen Kushner, The Eight Nights of Chanukah by Leslea Newman, Runaway Dreidel by Leslea Newman, Nine Spoons: A Chanukah Story by Marci Stillman, The Flying Latke by Arthur Yorinks ,Shalom Sesame: The Missing Menorah (DVD), and Planet Matzah Ball (DVD).