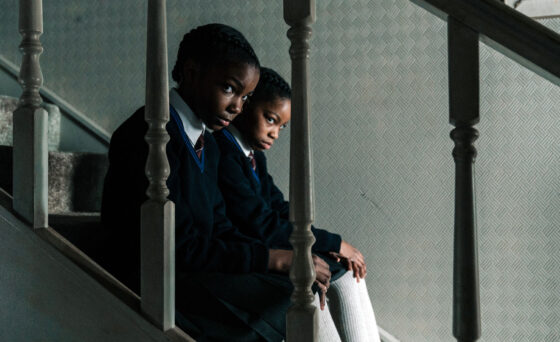 “The Silent Twins” is the astounding true story of twin sisters who only communicated with one another. As a result, they created a rich, fascinating world to escape the reality of their own lives. Based on the best-selling book “The Silent Twins”, the film stars Letitia Wright and Tamara Lawrance.
Share
Facebook Twitter LinkedIn Pinterest Email Reddit WhatsApp

“The Silent Twins” is the astounding true story of twin sisters who only communicated with one another. As a result, they created a rich, fascinating world to escape the reality of their own lives. Based on the best-selling book “The Silent Twins”, the film stars Letitia Wright and Tamara Lawrance.

June and Jennifer Gibbons were not always silent. Born in 1963, their early childhood involved following wherever the RAF work of their father took them, before the family settled in Haverfordwest, a town in Pembrokeshire, Wales. School life was not easy for the only West Indian kids in the area; the twins suffered much bullying for looking and acting differently to those around them. At home the pair had always been somewhat withdrawn from their siblings and parents, but increasingly these behaviors became more extreme and isolating.

The girls were unpredictable. They would attend class by walking in synchronization, mirroring each other’s steps, coming to a silent stop with no explanation. By the age of eight, the twins had stopped communicating with the outside world.

Cocooned in the relative safety of their bedroom, June and Jennifer invited the creative world in. They made their own dolls and stuffed toys, which became characters in elaborate plays that they wrote together. They broadcast a radio show to themselves, which they called Radio Gibbons: The Living Facts of Life.

Institutionalized as 19 year-olds, familiar patterns emerged as June and Jennifer went quiet once more. The twins began serving an indefinite sentence inside Broadmoor high-security psychiatric hospital, a place normally reserved for serial killers and violent offenders. They were among the youngest patients ever admitted.

Now, their powerful story hits the big screen for the first time.