BREXIT – The EU And The Future Of The US 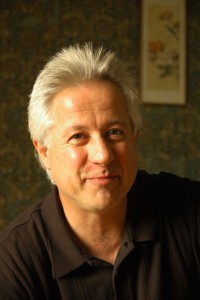 This was written early Thursday morning – June 23rd 2016… as we were seeing news story’s of the impact of Britain’s decision to end forty plus years of membership in the European Union. Most were story’s about people and governments loosing money. But it was more than an economic story. Brexit – the UK’s vote to “Exit” the EU represents a serious blow to the efforts of Globalists – those who are attempting to subsume sovereign nations in favor of centralized authoritarianism. One World – One government.

The Globalist, One World model is a government created by politicians for politicians. Their stated goals of prosperity and security are noble. But ask the British and follow the news. The experience is much different than the actual, “goods as advertised.” Instead, for decades the Britain’s we able to do little more than watch. They had been left standing outside looking in –  witnesses to the accumulation of power and money wasted. Advantages enjoyed by a small privileged few while Britain and Europes muted citizenry suffered…

This is a government that works carefully and interchangeably with very big business – business of such scale that it would seem that it’s primary concern is the well being of the government it co-creates, This government and these largest of large businesses tell the citizenry of dangers faced by those who challenge their narrative – the advantages of tariff free inter-member state trade, International trade deals. An International Court empowered, (self empowered), to hold the whole world accountable! The story we in the US will read and hear often and then repeated – is that of the danger we all now face as a result of Britain’s decision to live out from under these advantages and protections.

But there’s another story. Hopefully some in media will tell it. This is the story of the unique advantages of personal freedom weighed against it’s costs. Personal freedom is not without cost – time, money and sometimes life. The question is, as always will be… do we want to be a free people or just a group within a group living under autocratic rule? Simply put, are we willing to pay the price of freedom?

The United Kingdom is not a perfectly united country, just as the United States is a mixed family still learning, struggling at times to live peaceably as a nation among nations. Britain, seeing that there was money to be made and, possibly attempting to mature as a people and government, enrolled in a continuing education practicum. The reality proved to be that the UK was co-oped by lies and strategic silence into something analogous to Feudalism, common to previous centurys. These were the bad old days that recognized little difference between the “lower,” working classes and the animals they tended.

Britain has recognized it’s mistake. Feeling the hold of a tyrannical bureaucracy tighten around them, a majority of Britans decided that the cost and risks of freedom they knew under representative, elected government are preferable to life lived under the weight of ever more rules written by mere hirelings of an unelected government. Given this chance, the British have risen up and chosen to pay the price and suffer the pains of freedom.

Just in case anyone should be confused – Globalism, authoritarian government is far from free – it is decidedly more taxing. Add to this the fact that so much is subtracted from the experience of living. Wearied and impoverished by the weight of bureaucratic intrusion, the British have made their choice. Theirs will be the sharp pain of freedom reclaimed and the daily aches and pains that must be endured to maintain civil order. Still, they are willing to pay the price.This tells an important story, Others are listening. Other EU members are looking follow on – already contemplating their own exit strategies.

Many wish to see the United States dissolved by measure and brought under the confining umbrella of a larger union – one ruled by persons we have not elected – persons we cannot dispatch or call to account. Many of the story’s we’ll be told today will be frightening accounts of falling markets and lowered or still falling values. But the real story – the really important story is one that we should not allow frightened voices or the voices of The Frighteners to drown out. It goes like this:

Freedom is costly and often confusing. Those who wish to live as free men and women must pay freedoms price – and willingly. Knowing that however costly, freedom is worth the price.

Strange that Americans should have forgotten, should be in need of reminding, considering that this nation fought for and won freedom from the very nation that is showing us just how close we’ve come to loosing it. As Americans we have paid the price of freedom for as long as we’ve enjoyed it. America – founded on the principle and practice of freedom. We of all people should never have forgotten. Fortunately, at this critical juncture Britain has offered this necessary reminder: However costly, Freedom is worth the price. 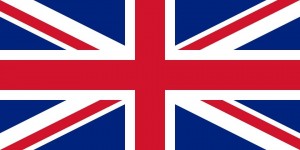