Cottonwood AZ (August 8, 2013) – On July 19, 2013, 30-year-old Kai Keller of Cottonwood was arrested for Aggravated Luring a Minor for Sexual Exploitation in a Cottonwood area commercial parking lot. He was booked at the Camp Verde Detention Center and remains in-custody on a $50,000 bond. 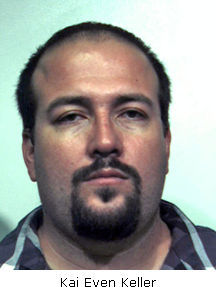 A few days prior, Keller initiated online contact via a social networking site with a person he believed was a female teenaged minor. Keller described specific sex acts he wanted to engage in with the minor. During the text chats, he mentioned having a recent sexual relationship involving a 15-year-old girl. Keller sent pornographic images of himself on several occasions. On July 18, 2013, Keller suggested a meeting place in Cottonwood where they could have sex.

On July 19, 2013, Keller arrived as promised at the specified location and was identified by a Yavapai County Sheriff’s Office deputy. Keller told the deputy he was glad he was arrested before he could hurt a young girl. 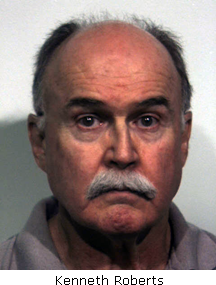 On August 2, 2013, 60-year-old Ken Roberts of Tucson was arrested in Cottonwood for several counts of Aggravated Luring a Minor for Sexual Exploitation. He was booked at the Camp Verde Detention Center and remains in-custody on a $50,000 bond.

In July of 2013, Roberts initiated online contact via a social networking site with a person he believed was a female teenaged minor. Ongoing text messages included numerous unsolicited images of Roberts’ genitalia and descriptions of sex acts he wanted to perform on the minor. He also sent a photo of his face along with photos of lingerie he bought and intended to have the girl model for him. Late July of 2013, Roberts suggested an August 2nd meeting with the girl at a pre-arranged Cottonwood location. His plans were to pick her up and take her to a local hotel room. On that date, Roberts arrived and was met by YCSO deputies who confirmed his identity and involvement in the online sexual predator activities.

These arrests should serve as a warning to parents that monitoring your children’s online activity is very important. Chat rooms are especially concerning as they are the place where predators develop relationships and seek personal contact. For parents, please consider reviewing an internet safety presentation sponsored by the National Center for Missing and Exploited Children. A direct link to the program is provided here – http://www.netsmartz.org/Presentations/Parents.

Remember, encourage your children to immediately report any suspicious online contacts and remind them predators also use alias names and photos to give the impression they are someone else. This type of ruse is used to gain trust and obtain personal information in hopes establishing a relationship beyond the online contact.