Clarkdale AZ (August 6, 2016) – On Monday, August 15, the monthly Voter Education Program of the League of Women Voters Greater Verde Valley, in partnership with OLLI,  will feature Clarkdale Mayor and local water guru Doug Von Gausig speaking about “The Future of Water in the Verde Valley: We Know the Problem, Now What Can We Do About It?” Von Gausig will provide a concise examination of what we must do to meet future water demands of a growing population, including a menu of options that will allow our economy to prosper while, at the same time, stewarding a healthy river.

According to Barbara Litrell, President of the local League and former chair of the League’s Water Committee, “Monsoon season can lull us into forgetting that we are in a drought. The recession is over and development is becoming robust again, and we need to be asking our elected officials about water issues and developing community plans to be wise about water.” 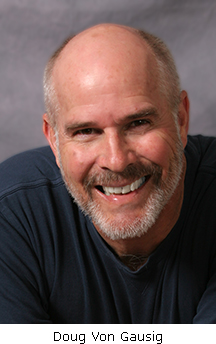 Von Gausig, third-generation native Arizonan,  is currently Mayor of the Town of Clarkdale. He graduated from ASU with a B.S. in Biology and then joined the U.S. Air Force, serving 6 years as a pilot. He has served on the Boards of the Yavapai County Water Advisory Committee, the Northern Arizona Municipal Water Users Association, the Verde River Basin Partnership and is the immediate past President of the League of Arizona Cities and Towns. He also served as a Vice-Chair of Arizona Forward and is a member of the Arizona State Committee in Trails (ASCOT). Doug graduated as a fellow of the Flinn-Brown Civic Leadership Academy in the fall of 2011 and is also Executive Director of the Verde River Institute, which strives to promote policy solutions for Verde River issues.