Sedona AZ (September 16, 2016) – Detectives from YCSO’s Criminal Investigations Bureau received information regarding the sexual molestation of a teenaged male victim residing in the Village of Oak Creek outside Sedona. During the course of the initial investigation, detectives identified two suspects who have since been arrested. They are listed below with current booking information: 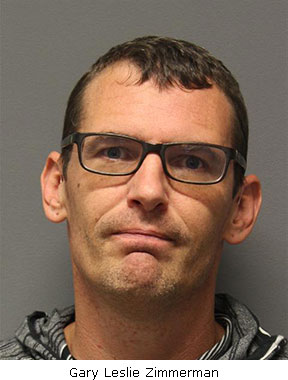 Suspect No.1 – Gary “Jay” Zimmerman, aka “Gary Leslie Sumner,” 43-years-old, residing on Rio Verde Circle in the Village of Oak Creek, Arizona. Zimmerman is a registered sex offender.  Following the service of a search warrant in the Village of Oak Creek by detectives and federal agents Zimmerman was booked into the Camp Verde Detention Center on September 9th, 2016, on multiple charges including Sexual Conduct with a Minor, Continuous Sexual Abuse of a Child, Child Molestation, and Film Minors engaged in Sexual Conduct. He remains in-custody on a $250,000 bond.

Suspect No. 2 – Richard Byard Sumner, 41-years-old, a current resident of Long Beach, California. Detectives and federal agents served a search warrant in Long Beach on Sept. 8, 2016, and Sumner was arrested on involvement in the possession and creation of child pornography in the Village of Oak Creek. He is being held without bond in the Los Angeles County Jail and awaiting extradition to Yavapai County. Sheriff’s Office detectives would like to thank deputies from the Los Angeles County Sheriff’s Department Carson Station for their assistance with the arrest of suspect Sumner in Long Beach. 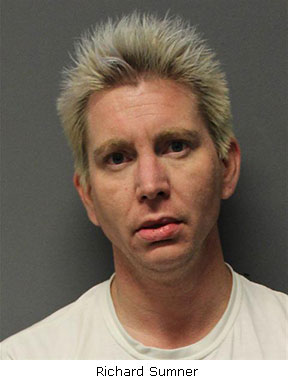 BACKGROUND – As a result of the ongoing investigation, including photographic evidence recovered during the service of search warrants in Long Beach, detectives confirmed the molestation of a male teenaged victim by Zimmerman on several occasions in the Village of Oak Creek, in Yavapai County. The investigation determined the suspects were involved in molesting male victims known to them, who were as young as 11 years of age. Detectives continue to work leads regarding possible additional victim(s).

If anyone has further information regarding the activities of Zimmerman and Sumner, please contact Detective Chad Shilling at 928-554-8575 or Yavapai Silent Witness at 1800-932-3232.

The Yavapai County Sheriff’s Office detectives would like to thank the special agents from ICE’s Homeland Security Investigations – Flagstaff, Phoenix offices and ICE’s HSI – Los Angeles office with the assistance of the Los Angeles Police Department, Internet Crimes Against Children Taskforce for their extensive support in this complex investigation. This is just one of many cases wherein joint investigations with special agents from Homeland Security Investigations have resulted in the apprehension of persons who sexually exploited children in Yavapai County.