The last time I tried to use a tripod was when Derek and I took a trip to Monument Valley in February … it did not go very well and although I would have liked to emulate Derek’s skillful use of said instrument it was not to be and I abandoned the silly thing and went back to what I have been doing since I was eight years old and that is handholding the camera. I do have three very fine tripods and a monopod and keep them on display so that others maybe will think I am a professional photographer … but, they mainly collect dust unless I am doing studio shoots of gemstones and such. Nothing wrong with tripods it is just that they do not fit my shooting style. 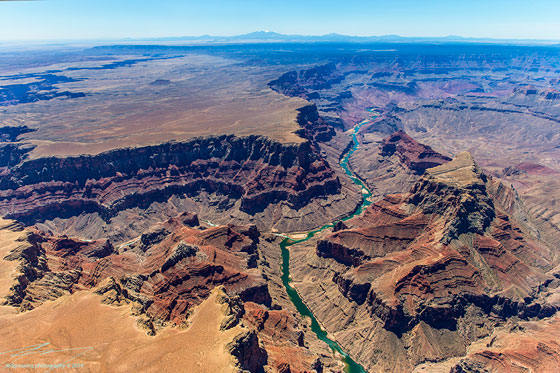 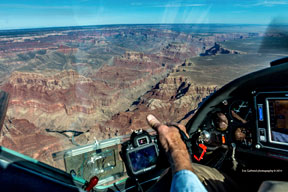 It was with surprise that I read the caption on the photo that Eric took of me getting shots of the Confluence Saturday morning … Ted’s Tripod … the picture clearly shows me handholding and taking shots of the confluence. In fairness I do frequently refer to the Lambada as my aerial tripod; perhaps I should change it to aerial shooting platform? Either way I do use the ship to obtain the best shooting angles, positions and altitudes  to get the nicest shots and lighting conditions possible when doing aerial work. Then there are the technical aspects of camera settings and all that stuff to consider.  Anyhow, thank you for the shot Eric … fun time. And it does look like I am just doing point and shoot and that is partially true … the skill comes in knowing what camera settings and where to point the thing to get the results you want without benefit of looking through the viewfinder. My passengers have the advantage of not having to fly the plane and thus will frequently use live view to get their shots and that is a good way to do it. I have been doing it for nearly eighteen years and know exactly what I will get … mostly :+)

Eric’s shot of me shows me shooting the confluence from upstream on the Little Colorado and that is the North Rim on the horizon. My shot was taken Friday morning under different lighting conditions and I am upstream from the confluence over the Colorado River looking South. On the horizon you can see the San Francisco Peaks with snow on them … about 65 miles to the south. The jagged canyon on the left side of the image is the Little Colorado Canyon which is narrow and deep; about 4,000’ at the confluence. The Grand Canyon begins at the Confluence and Marble Canyon ends. I was a little over 11,000’ in both shots. The river is at about 2200’ MSL at this point and the top of the Canyon around 7,000’. Desert View is on the left side of the canyon where makes a right turn and the East Kaibab Monocline is just below the peaks.

Picture if you will, a large hotel on the top of the canyon on the east side of the river at the confluence (right side on Eric’s photo, left on mine) and a tramway running down to the canyon floor with tourist activities, walk way and all that stuff. Personally I would hope for a Coca Cola red neon sign attached to the Canyon wall welcoming everyone to the Grand Canyon if they do this project … maybe a Pepsi Cola ad on the other side. The project is the Escalade Project and it is being opposed by the Grand Canyon Trust  http://www.grandcanyontrust.org/ among others. I would certainly recommend you join the Grand Canyon Trust and participate in the many valuable projects they have going to protect the Grand Canyon and the Colorado Plateau.

So yes, it was a terrific weekend, and expect it will carry over going forward this week. Lots to be grateful for and many terrific memories yet to form. Smile, life is good.