… for a while … tomorrow it will be on to birds, flowers or wildlife … or perhaps a politician I shot over the weekend … more on that later but just had to get it in :+) Our friend Tom O’Halleran is running for State Senate as an Independent this fall and I shot the photos which will be used in his campaign. He is an easy person to vote for and feel good about it … more later.

I’ve been over West Fork observing the past several days and trying out different shoot from positions and altitudes to find those that work the best. 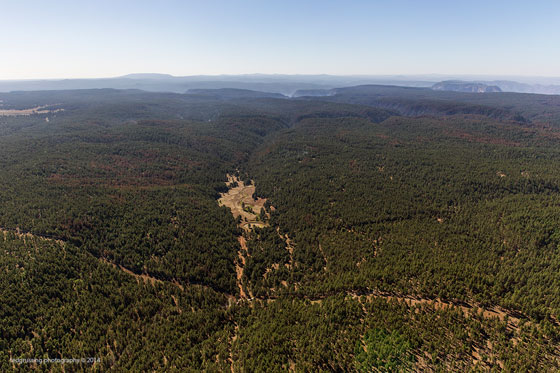 West Fork branches out into multiple branches as it nears the top of the canyon and I think it is in this area that the USFS was getting a lot of the back burns going. They did a terrific job and even though you can see where the fire was on the ground, for the most part the trees are intact.

The northern most branch of West Fork is the first image [above] and you can see the clearing, pond and then a little run of water that begins its way down the canyon. For the most part this branch of West Fork is intact … you can see a few hotspots smoldering on the plateau and further down canyon. Above and to the right of the image you can see where the canyon is beginning and then drops off to the right before it turns left and goes down canyon. The second photo was shot from just above the canyon where it really starts dropping off and turning to the left. Above the plateau on the right side of the image is Wilson Mountain and on the horizon on the left the loaf like mountain is Mormon Mountain.

In the second photo [below] you can see where the canyon is coming in from the left where I shot the first photo and the southern branch of the canyon coming toward you. As you look down canyon you can see a few hotspots and the smoke in the canyon. All in all it is looking pretty good.  Again you can see Mormon Mountain on the horizon just to the right of center. 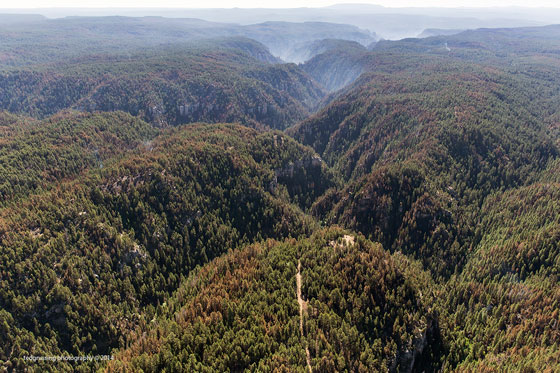 The third shot [below] is more or less just an example shot of how territory not directly in the fire area has been affected. The upper reaches of Sycamore Canyon walls have a very dark grey appearance as though they had been burned … but they haven’t been. A thick layer of ash from the Slide fire has simply drifted the few miles to the NW and precipitated out and the vegetation is actually in very good shape. The upper reaches of Sycamore Canyon and West Fork are actually very close to each other. 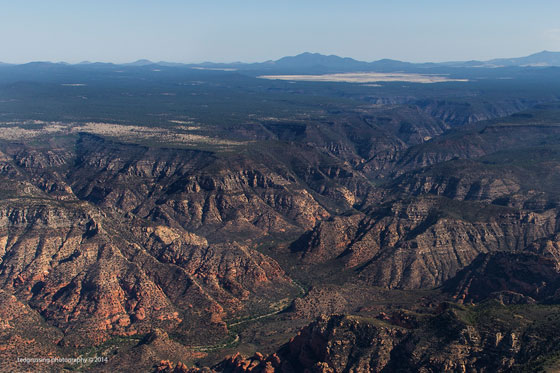 A busy and very fun weekend flying and in the company of friends … doesn’t get any better than that.

So cheers … share your joy … some smiles … live your passion