Sedona’s First Rap Battle to be Held at Studio Live

To compete in the rap battle, each battler must be able to consistently hold a freestyle flow(a “stream” of rap) for at least 2 minutes. Sedona youth rappers who are not yet signed up can contact James Gould at jamesagould@yahoo.com to inquire about battling.

What is a rap battle? 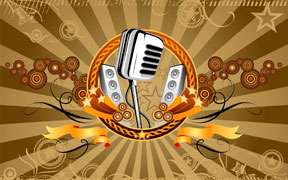 Rap battling is a hip-hop based competition between rappers. There are many variations in the competition.

In this rap battle the competitors will be competing one-on-one with freestyles that include flips in later rounds. Freestyling in this case simply means not using pre-written bars(rap lines), coming up with lyrics on the spot. “Flips” are replies to what the other rapper said in his bars. For example if one rapper compared himself to Superman, the other rapper could compare himself to kryptonite. It should be noted that, due to historical precedents, rappers often compete in a bragadocious manner. Braggadocio is the art of bragging excessively about oneself.