Sedona AZ (December 27, 2011) – As the year reaches its finale, most of us are considering various New Year’s Resolutions in our continual effort for self-improvement.  Who succeeds and fails is entirely up to the individual, but your local public library may be able to help.  I have compiled a list of new and upcoming titles to inform and inspire you in 2012.

Ever wondered which lifestyle choices really contribute to a long life?  Take a look at The Longevity Project: Surprising Discoveries for Health and Long Life from the Landmark Eight-Decade Study.  Howard S. Friedman combines the benefits of modern statistics and the most extensive study on longevity ever performed.  The results will surprise you.  They suggest that the social bonds we develop impact our longevity more than matters of the body. 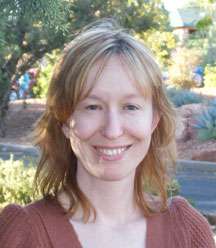 As 2012 approaches, rumors of the Mayan prophecy flourish, proposing significant changes for the world.  James Redfield’s fourth book, The 12th Insight continues the Celestine series with protagonist Wilson James presenting a positive spin on Mayan prediction.  In The Source Field Investigations:  The Hidden Science and Lost Civilizations Behind the 2012 Prophecies, advocates and skeptics will find a fast paced and entertaining tour of the mysteries and ancient scientific systems behind 2012 speculations.

Several titles new to the shelves unfold close to home, telling a local Arizona story.  Don’t miss Gabby: A Story of Courage and Hope recounting the amazing story of Gabrielle Giffords and Mark Kelly, a story of dedication to service, to the nation and the Space program.  Learn more about Gabby’s recovery from the 2011 assassination attempt as well as how Mark balanced his final space mission as commander while caring for his wife.  If you followed the case of Warren Jeffs then you may enjoy Prophet’s Prey:  My Seven-Year Investigation into Warren Jeffs and the Fundamentalist Church of Latter-Day Saints.  Sam Brower, an LDS member and private investigator, will give you a direct peek into the investigation which unraveled this breakaway sect.

What would Emily Post say?  Find out in the eighteenth edition of Emily Post’s Etiquette updated by the great-granddaughter-in-law of Emily Post.  You will not find any rigid codes here.  This newest installment answers the long-standing questions on social graces as well as offering guidance on how to avoid faux pas within the world of social networking, text messaging and the like.  Do you need more tips on etiquette?  How about a modern-day Dear Abby who offers practical, but humorous social advice?  Let me introduce the new title Social Q’s: How to Survive the Quirks, Quandaries and Quagmires of Today, a collection of New York Times advice columns by Philip Galanes.

From the Board of Trustees, staff and volunteers of the Sedona Public Library, have a prosperous and joyful New Year.

On January 7 at 6 p.m. the library will present The Works of Memory, an evening with Dr. Nora Strejilevich, an Argentine-Jewish writer and poet, who will be sharing her life experiences.  She is a concentration camp survivor from the Dirty War (1976-83). Since that time, Dr. Strejilevich has devoted herself to international human rights activism. Her own witness account is representative of the testimonial genre and of the paradigm that implies the intersection between fiction and reality. She will share her most recent experiences in Argentina in the aftermath of the Dirty War. Her work has been awarded the University of Alberta Literary Award (1982), the York University Literary Award (1990), the Letras de Oro National Literary Prize in Hispanic Literature (1997), and the Howard Translation Grant for the translation of Una sola muerte numerosa / A Single Numberless Death.