Pumphouse at the Library

Sedona AZ (June 22, 2017) – On Friday June 30th at 5pm the Pumphouse Poetry and Prose Project will host poetry slam champion Joshua Wiss at the Sedona Public Library.  When problems arose with paperwork, there was concern that this popular reading series might disappear but the Pumphouse Poetry and Prose Project is thrilled to announce they are keeping the reading series alive with a wonderful first show for the 2017 season.  Those who have seen Mr. Wiss perform his spoken word theater before understand what a special treat evening we are in for.

Due to circumstances involving permits and regulations the Pumphouse Poetry and Prose Project is temporarily relocating to the Sy Birch auditorium for the 2017 season.  While they consider options on how to return to the original pumphouse location, series organizers realized keeping the name alive while putting on the best shows possible was the best way to retain interest.  Organizers would like to profusely thank the Sedona library and Virginia Volkman for making this possible. Organizers would also like to thank Joshua Wiss for his always entertaining and insightful performances.  In accordance with getting the Pumphouse Poetry and Prose revival off to a strong start Wendy Harford local artist, poet, and musician was chosen to open the show with song. 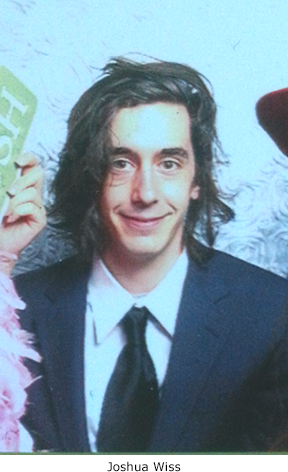 Joshua Wiss is a spoken word poet who currently resides in Phoenix, Arizona. He spends his time behind typewriters and an array of musical instruments when he is not hustling around at his record store day job. Much like cassettes and VHS tapes, Joshua is a dying breed– a feeler with a voice, lover of Louis Prima and practitioner of a DIY lifestyle. Joshua has competed at four National Poetry Slams and is a member of this year’s Flagstaff team being sent to Denver, Colorado. He has competed with some of the world’s top-ranking performance poets and lived to tell the tales. His poems are soaked with imagery that evokes varying emotions and touches upon subjects of modern life, love, death, suburban perils and the circular nature of the universe. Be amazed, be inspired and you too shall inspire greatness. Help this young man prove that magic does indeed exist.

The Pumphouse Poetry and Prose committee was thrilled to invite Wendy Harford.  Wendy is a late blooming visual artist born Halloween of 1951 in southern California (Wendy was not a ‘Valley Girl’)she was part of the 1970’s hippy migration to BC Canada & the Pacific Northwest, where she found herself barefoot and pregnant and raising a family often single handed for 19+ years. In 2004 painting rain forests in a desert palate, and missing the wide open skies and creosote smell of desert rain she was called back to her beloved southwestern desert in 2004. 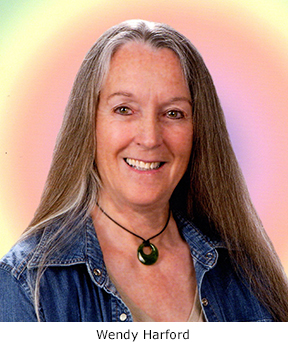 Wendy started playing guitar at age 12 and was composing poetry and song even then. She never absorbed musical training, knows a few chords and plays some she doesn’t know in between. Her voice can be bluesy and coarse, or clear and harmonic in traditional ballad. She loves backing others in vocal harmonies and percussion as well.

From age 20 something until around 1990 Wendy did not do much with her artistic talents except to use them in recreational and daycare programs for age 2 to 102 years of age.Wendy has studied Early Childhood Education, Environmental Psychology, Desert & Marine Naturalists Training, and a variety of artistic mediums that have brought her to her present location and creative state of mind in Cottonwood, AZ.