Sedona AZ (April 18, 2014) – The Sedona International Film Festival is proud to present its premiere series with the one-night-only debut of “Particle Fever” on Wednesday, April 30. There will be two shows at 4 and 7 p.m. at the festival’s Mary D. Fisher Theatre.

“Particle Fever” follows the inside story of six brilliant scientists seeking to unravel the mysteries of the universe, documenting the successes and setbacks in the planet’s most significant and inspiring scientific breakthrough. 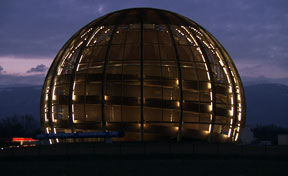 Imagine being able to watch as Edison turned on the first light bulb, or as Franklin received his first jolt of electricity.

For the first time, a film gives audiences a front row seat to a significant and inspiring scientific breakthrough as it happens. “Particle Fever” follows six brilliant scientists during the launch of the Large Hadron Collider, marking the start-up of the biggest and most expensive experiment in the history of the planet, pushing the edge of human innovation.

As they seek to unravel the mysteries of the universe, 10,000 scientists from over 100 countries joined forces in pursuit of a single goal: to recreate conditions that existed just moments after the Big Bang and find the Higgs boson, potentially explaining the origin of all matter. But our heroes confront an even bigger challenge: have we reached our limit in understanding why we exist? 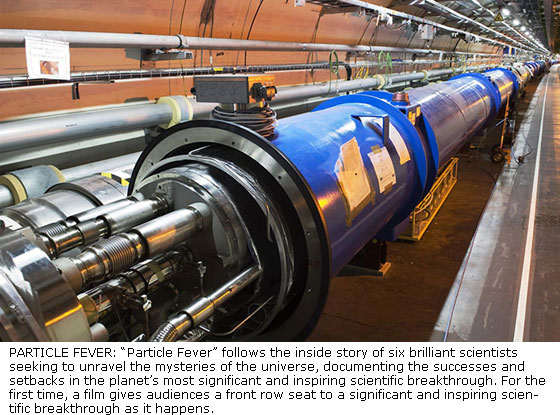 Directed by Mark Levinson, a physicist turned filmmaker, and masterfully edited by Walter Murch (Apocalypse Now, The English Patient, The Godfather trilogy), “Particle Fever” is a celebration of discovery, revealing the very human stories behind this epic machine.

“ ‘Particle Fever’ succeeds on every level,” says Todd McCarthy from the Hollywood Reporter. Kenneth Turan from the Los Angels Times calls it “smashingly captivating”. And Joshua Rothkopt from Time Out New York raves “ ‘Particle Fever’ is that rare, exhilarating science doc that’s neither dumbed down nor drabbed up.” All major critics agree that it is a profound film!

“Particle Fever” will be shown at the Mary D. Fisher Theatre on Wednesday, April 30 at 4 and 7 p.m. Tickets are $12, or $9 for Film Festival members. For tickets and more information, please call 928-282-1177. Both the theatre and film festival office are located at 2030 W. Hwy. 89A, in West Sedona. For more information, visit: www.SedonaFilmFestival.org.