Sedona AZ (August 19, 2014) – If you’re among the almost 70 percent of Sedona voters who got an early mail ballot, time is short to fill it out and get it in the mail.  Mail ballots must be received in your county elections office by 7 pm on Primary Election Day, Tuesday, August 26, or at Sedona City Hall by that time.  Postmarks don’t count.  Mail ballots can be dropped off at the Sedona City Clerk’s office during business hours or placed in an outdoor drop box located in the east parking lot at Sedona City Hall. 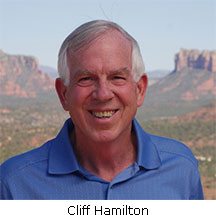 You can still vote early in person until Friday, August 22.  Those in Coconino County may vote at Sedona City Hall.  Sedona residents living in Yavapai County can vote early at the Yavapai County office, 10 South 6th St. in Cottonwood.  Independent voters should be prepared to choose which party ballot they want or they can just select a Sedona City election ballot either for early voting or on Primary Election Day.

After the 22nd, anyone who wants to vote in person will have to wait until election day on the 26th.   All city residents in Yavapai County will vote at the Sedona Elks Lodge, 110 Airport Road.  Sedona voters living in Coconino County will split between Christ Lutheran Church on Chapel Rd. for those in the southern part and Wayside Chapel in Uptown for those in the northern area.

Like voting, reporting election returns has also become more complicated.   Each county will report returns separately.  First posting of unofficial returns will be available on county web sites sometime after 8 pm on election night.  Check Yavapai County numbers at: http://www.yavapai.us/electionsvr/elections-and-results/2014-elections/august-26-2014-election/.  Coconino returns will be found at: http://www.coconino.az.gov/index.aspx?NID=205.   Once unofficial returns are in from both counties, the Sedona City Clerk’s office will compile unofficial totals.  In elections that are not close, voters will have a good idea of final outcomes from those unofficial figures.  Contests that may be decided by only a few votes could wait as long as late in the first week of September to get official numbers.

Finally, due to a new formula created by the Arizona Legislature, deciding the necessity for a runoff election in the Sedona City Council race and who will participate may also wait until early September for resolution.  This new calculation method uses the total number of individual votes cast, not the number of ballots turned in, and the number of open seats available to decide if anyone got an outright “majority” in the primary.  It will also be used to determine who will be in a runoff and who is eliminated outright.  With eight candidates and only three open seats, there will likely be some in each category.

Many races, especially local ones, are decided in the Primary election.  Mark your Ballot.  Voting is your opportunity to have your voice heard.