Man trapped in Vehicle for 3 days
Rescued on Mingus Mountain

Jerome AZ (May 30, 2016) – On May 27, 2016, at approximately 4:30 PM, YCSO deputies were dispatched to the report of an injury collision in a remote area of Mingus Mountain along Forest Service Road (FSRD) 493. Initial information indicated a male occupant was trapped inside a vehicle, 2007 Toyota ‘FJC’ SUV, located more than 350 feet down a steep embankment off FSRD 493 in thick brush. A Cottonwood P.D. Officer was first to arrive on scene, met the reporting party, and located the vehicle. The Officer was able to relay important information as to the exact whereabouts of the vehicle to fire officials and YCSO deputies. 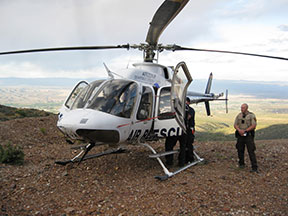 When Deputies contacted the victim, a 60-year-old Cornville resident, he was conscious but had sustained apparent serious injuries as a result of the collision. Further investigation at the scene revealed a family (Good Samaritans) was traveling along FSRD 493 when they observed what appeared to be fresh vehicle debris along the roadway.  Upon closer inspection, the family noticed a vehicle down the steep embankment.  The family then drove down the road to check on the vehicle where they contacted the victim who was trapped inside. They learned the victim had been trapped for approximately three days without food and water before being found. Deputies noted he was still wearing his seat belt. 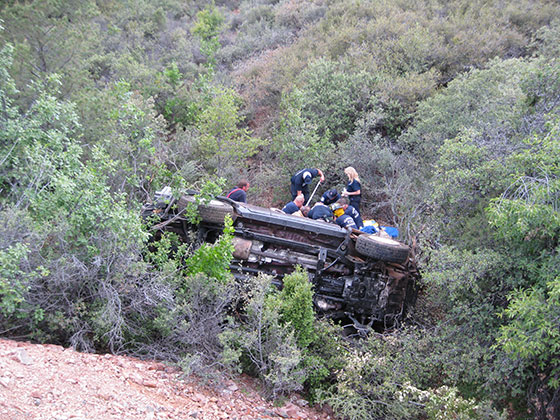 Fire and EMS arrived on scene and using extrication tools, they were able to cut the roof off the vehicle and free the trapped man. He was subsequently flown to Flagstaff Regional Medical Center via DPS Ranger for treatment of his injuries. 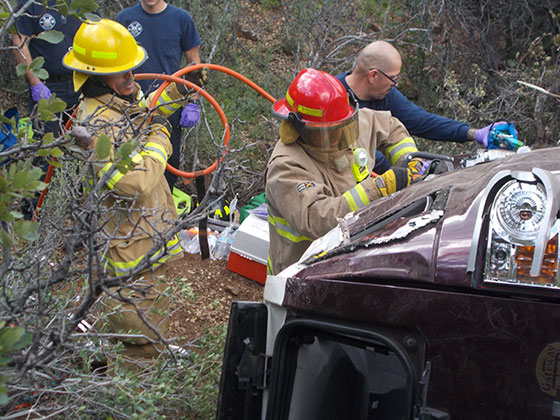 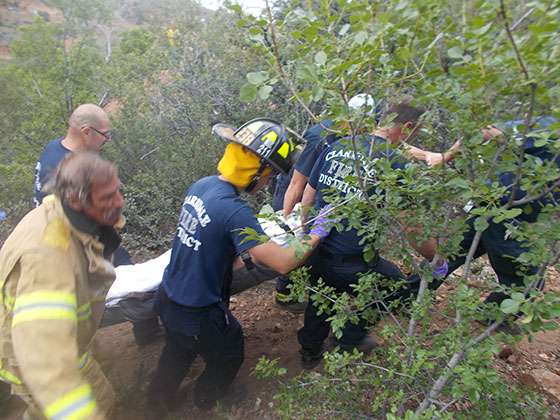 As of today, May 30, 2016, the victim is listed in ‘good’ condition at Flagstaff Medical Center. The cause of this single vehicle collision remains under investigation by the Yavapai County Sheriff’s Office.