In The Political Ring with Tommy Acosta 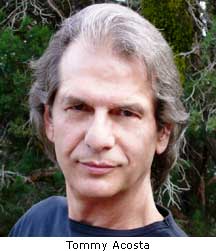 The media frenzy over the looming Fiscal Cliff and panic over its consequences has nothing to do with reality.

Get over it. Nothing worse than raised taxes on everyone can happen! Does anyone really think Washington is going to let that occur?

Perhaps we’ll suffer a scraped economic knee but no 300-foot straight-down-drop to a waiting shoreline of jagged rocks as the media keeps threatening and predicting.

Think of it this way, if the Republicans don’t come to the table and deal, taxes are going to go up big time, especially for them. The purse-string pullers in the party are not going to be happy because the GOP will ultimately get the blame for the fiasco.

They endured a beating in the election. They are like a boxer who forgets to take his boots off after a fight and takes a shower with them on.

They are dazed and Obama is circling, looking to hit them hard and make them look even worse in the eyes of the American people if they don’t play ball.

He’s got a heavy right hand waiting behind his left shoulder. They can’t afford to take another hit.

They will throw in the towel to save their own skins. Obama and company will get what they want.

Obama will leave room on the table for them to save face. The deal won’t smell nice but it will get us over the hump and set the stage for the mid-term election battle.

A big fear factor for investors is the threat that the market will suffer a KO if we hurtle off the Fiscal Cliff.

The market might take a sympathy hit for show but the fact is there are wars everywhere and fat budgets for military spending. The market will shrug it off.

The Fiscal Cliff is just another media hype feeding the fears of a frightened public.

Fear keeps the public glued to the media news outlets. Fear keeps them watching through all the commercials so they could see after each one just how much more they have to fear.

They fear an illusion. When the fear of the Fiscal Cliff fades into the past, another fear will be waiting.