Chaz Ebert to be Keynote speaker for Conscious Film Convergence

Sedona AZ (May 27, 2016) – The Honorable Dr. Rev. Michael Bernard Beckwith, a pioneer in the world of conscious cinema and founder of the culturally, racially and spiritually diverse trans-demoninational Agape International Spiritual Center, will receive the inaugural Conscious Visionary Award at the 2016 Illuminate Film Festival following the world premiere of Love, Sweat and Tears at 7 p.m. on June 3 at the Sedona Performing Arts Center.

Beckwith appears in the documentary directed by Scott Jacobs about Dr. Pamela Dee’s goal to de-stigmatize menopause and start the “Menopause Romance Revolution.”  The late comedienne Joan Rivers also appears in the film in which Dr. Pamela Gaudry marries the medical with the spiritual, making sexuality an instrinsic part of sacred self care. 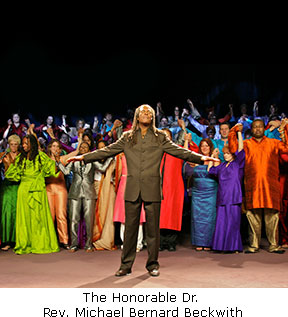 Also on June 3, Chaz Ebert, wife of the late film critic Roger Ebert, will open the Conscious Film Convergence at 1 p.m. when she speaks about the role of transformational entertainment and its potential impact on humanity.

Beckwith founded the Agape International Spiritual Center in 1986.  Its local community outreach programs feed the homeless, serve incarcerated individuals and their families and partners with community service organizations active in children’s schools and homes for youth at risk and those supporting the arts and advocating to preserve our planet’s environmental programs.

Coretta Scott King, in a letter to Beckwith, wrote that “I greatly admire what you are doing to bring about the Beloved Community, which is certainly what my dear husband worked for and ultimately gave his life.”

Beckwith, whose three most recent books – Life Visioning, Spiritual Liberation and TranscenDance Expanded – received the prestigious Nautilus Award, has appeared on The Oprah Winfrey Show, OWN Help Desk, Larry King Live, and in his own PBS special.  He became widely known after an appearance in the film The Secret (2006) and has been featured in films that have been screened at the Illuminate Film Festival including 24 Peaces (2014) and The Power of the Heart (2015).  Other film credits include Unity, Tapping the Source, Mythic Journeys and Simply Raw: Reversing Diabetes in 30 Days.

The 2016 Illuminate Film Festival, June 1-5, the only film festival of its kind, will present 25 films, 17 panels and workshops, 75 filmmakers and industry guests and a range of immersive opportunities.

The Festival opens June 1 with a pre-Festival Launch Party and Free Outdoor Screening of work-in-progress BE MORE, a stirring documentary film narrated by Joaquin Phoenix, about seven activists who make it their mission to create a more compassionate world. Their goal: To transform the lives of seventeen teenagers in seven days. Filmmaker Justin Haulbrook will be in attendance.

Opening Film: June 2, MAYA ANGELOU AND STILL I RISE, which portrays the vibrant spirit of an American Legend – author, poet, Grammy-winner, civil rights activist and shining example of what it is to be empowered moment by moment in one’s life. Directed by Bob Hercules and Rita Coburn Whack, the film features interviews with Oprah Winfrey, James Earl Jones, Alice Walker and Hillary Clinton. Filmmaker Rita Coburn Whack will be in attendance.

The Festival’s Spotlight will be the emotional tour de force TONY ROBBINS: I AM NOT YOUR GURU, directed by Academy Award® nominated Joe Berlinger. This film pulls back the curtain on the internationally renowned life and business strategist and his mammoth annual seminar, capturing the life changing transformations of the participants in real time. The Closing Film event will be a Sneak Peek of MANTRA: SOUNDS INTO SILENCE, a film about the revolution underway in world Kirtan, yoga’s call-and-response form of devotional music. Sneak peek clips of the film will be followed by a Q&A and live concert with world-renowned Grammy-nominated Kirtan sensation Jai Uttal. Filmmaker Georgia Wyss will be in attendance.

Other films in the lineup include:

A NEW HIGH (2015), directed by Samuel Miron and Stephen Scott Scarpulla – Everyone defines their mountain. For the residents of a Seattle homeless shelter, it’s homelessness, addiction, abuse…. and the 14,400-foot Mt Rainier.

THE CONNECTED UNIVERSE (2016), directed by Malcom Carter – Returning after its sold out Sneak Peek at Illuminate 2015, this documentary featuring Nassim Haramein discovers the science behind the interconnection of all things in a magnificent, groundbreaking union of science and spirituality. (Private screening)

FROM THIS DAY FORWARD (2015), directed by Sharon Shattuck – Filmmaker Sharon Shattuck examines the mystery at the heart of her upbringing – How her transgender father Trisha and her straight-identified mother Marcia stayed together against all odds – depicting a love that survived the most intimate of transformations.

HOME CARE (2015), directed by Slávek Horák – The official 2016 Oscar entry for the Czech Republic, this appealing humanist tale follows Vlasta, a dedicated home nurse whose entire life is devoted to saving others, as she reluctantly ventures into spirituality and alternative medicine to find salvation for herself.

ICAROS: A VISION (2016), directed by Leonor Caraballo and Matteo Norzi – A film shaped like a shamanic journey utilizing the unique qualities of plant medicine, steeped in a psychoactive brew exploring fear and destiny in the jungle of the mind and the Amazon. (Southwest Premiere)

TEAL: THE MAKING OF A SPIRITUAL TEACHER (2016), directed by Paola Marino – Referred to as “The Spiritual Catalyst” and dubbed the next Wayne Dyer, Teal Swan’s extrasensory gifts and connection to the spiritual realm are a light in the perpetual darkness of the modern age. (Work-In-Progress World Premiere)

ORANGE SUNSHINE (2016), directed by William A. Kirkley – During the early 1960’s, a group of family, friends, and surfers formed a church centered around psychedelics. For The Brotherhood of Eternal Love, the mission was to enlighten the world, and the law was but a mere interference. (Arizona Premiere)

PLANTING SEEDS OF MINDFULNESS (2016), directed by Gregory Kennedy-Salemi and Stuart Jolley –Based on the teachings of world renowned Zen Master, Thich Nhat Hanh, and featuring riveting music by Tina Turner, this live action-animated film about a teenager’s mindful journey is a powerful tool to help children, parents, teachers and communities develop the skills to promote peace within themselves and in the world around them.  (World Premiere

PURSUING HAPPINESS (2015), directed by Adam Shell – The desire to be happy is so intense that we spend an immeasurable amount of time and money in an effort to obtain it. This enchanting, revelatory documentary explores the happiest people in America and uncovers the secrets to their happiness.

THE C WORD (2016), directed by Meghan O’Hara – Cancer is no laughing matter – but the archaic way we are battling it is. Executive produced and narrated by Morgan Freeman, this film explores hidden science, the absurdity of the status quo, and introduces a vibrant cast of characters changing the cancer game through holistic health. (Southwest Premiere)

THE HIGHEST PASS (2011), directed by Jon Fitzgerald – Seven motorcycle riders share the journey of a lifetime along some of the most dangerous roads in the world, guided by a modern yogi and guru. (Cinema Revisited)

TREE STORY (2015), directed by Ward Serrill – A series of short documentary films that explore the relationship between humans and trees from every conceivable angle: the scientific, the mythical, the practical, the cultural, and the spiritual. (Festival World Premiere)

Spotlight Conversation: Norman Seeff On Creativity: The Power of A Dream

As a photographer for the most prolific artists of our time – Tina Turner, Johnny Cash, Jim Henson, Steve Jobs, Martin Scorsese and Will.I.AM, to name a few, Norman Seeff knows something about the creative process. Through his innovative methodology, he has developed a body of content exploring the roots of creativity, innovation and optimal performance and has identified schematics describing the archetypes of the creative process that function across all creative disciplines.

Behind The ‘Seen’ – Investing In Transformational Entertainment

Through this intimate dialogue on film finance moderated by Simon Kilmurry (Executive Director, International Documentary Association), hear from three savvy individuals who are committed to bringing transformational entertainment to mainstream audiences about the art and science of financing conscious and cause-based cinema. Guests include Geralyn Dreyfous of Impact Partners/Gamechangers, and producers Jane Charles of Greater Good Entertainment (SOLD) and Ilan Arboleda of CreativeChaos (Thank You For Your Service).

Media, industry outlets and tastemakers play an essential role in building buzz and excitement around new cinema titles as they seek to find their audiences, often defining their position in the marketplace. Join Corrine Bourdeau, President of 360 Degree Communications; Bill Goodykoontz, Film Critic AZ Republic & Gannett News Service; Maya Zuckerman, founder of Transmedia SF and Huffington Post columnist, and Mark DeNicola of Collective Evolution as they reveal how to best leverage the media and how conscious cinema can be branded, marketed and presented to engage audiences and maximize box office.

Act of Transformation – A Screenwriter’s Workshop

Emmy Award winning screenwriter Dev Ross conducts a workshop focused on the act of transforming a conscious concept into an engaging screenplay. First, Dev will discuss how a screenplay that sets out to raise consciousness can face inherent story problems, using Joseph Campbell’s “Hero’s Journey” as a reference on how to avoid this mistake. Then, by using the model discussed in the first half, the audience will have the opportunity to participate in the creation of a three-act story outline based on audience-contributed ideas.

Disabuse yourself from assumptions about what it’s like to tie the knot with a distributor!  Get a rare chance to observe a series of conversations between filmmakers and their distributors. Join facilitator Shaeri Richards as she helps distributor-filmmaker pairs share their feelings in an entertaining format that will provide abundant wisdom on setting expectations, keeping the flame alive and when to call it quits with your distributor.  PANELISTS: Nancy Gerstman, Co-founder/Co-president of Zeitgeist Films & filmmaker Jeremy Frindel (One Track Heart); Richard Lorber, CEO of Kino Lorber & producer Peter Rader (Awake: The Life of Yogananda); Richard Cohn, President of Beyond Words & filmmaker Patrick Solomon (Finding Joe).

Virtual Reality workshop by filmmaker Sandy Smolan entitled Going Deep: Diving into Virtual Reality Content Creation. It will be an overview and demonstration of the technology used to create The Click Effect (Sundance 2016), a live-action, immersive VR experience that follows two renegade marine science researchers as they attempt to free-dive a hundred feet below the ocean’s surface in a single breath to capture the “click” communication of dolphins and sperm whales.

The Launch Party and Free Outdoor Screening will take place at The Collective in the Village of Oak Creek.  Festival screenings will take place at the Sedona Performing Arts Center and the Mary D. Fisher Theatre.  Festival parties will be hosted by Tlaquepaque Arts & Crafts Village, the Lodge at Sedona and Picazzo’s Organic Italian Kitchen.

For the full schedule of films exhibiting at the 2016 Illuminate Film Festival and ticket information, visit www.illuminatefilmfestival.com