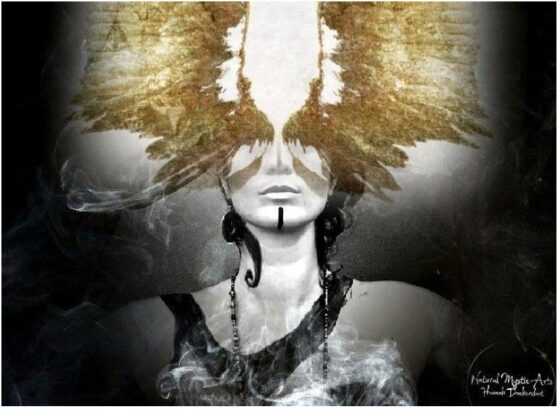 It’s confusing for the seeker. There is only absolute awareness. All the great gurus point to that truth, therefore it must be so. As awareness there is no goal, but in this goallessness of the spiritual world, awareness itself unwittingly becomes the goal, the certainty within uncertainty, the known at the heart of unknowing and the manifestation slips into obscurity.

A mind wants to name it, claim it, tame it. Doing so, defames it.

There is no choice between the two. The two are not two.

Aware of awareness we have a more complete view of life. It’s near impossible to see through the ruse while focused on the comings and goings, the ups and downs, the quite natural, yet pain full bliss full, flow of our lives.

We get caught in our role, a character unaware she is being played. The scenery overwhelms us. Other characters, taken to be real, disturb and amaze us., the play so real, it is beyond questioning.

That’s the reason for the work, whatever the work looks like to you: meditation, running, service, illness, devotion, stretching, loss, nature walks, nurturing — life. Yes. All life is the work.

To live as human without knowledge of what you are is a death sentence, a forced march into hell, a tug of war between the angels and the devils of our own making.

To live as human with the knowledge of what you are is a life sentence, a madhouse funhouse experiential, the endless compassionate playground of awareness manifesting.

Whether we are frantic frustrated fabulous, tenacious truculent tired, bored bitter bereaved, life eventually brings us to the point where we must slow down and question reality. It gives us the perfect space — perfect for us that is — to become aware of awareness.

Everyone is doing the work. Every precious human expression is awareness expressing through the portal of the human heart, clearing, purifying, stripping away all that resides in separation, all that trusts in twoness, all that still places its faith in a material, birth and death world.

No one is born. No one dies. No one is seeking. No one is finished. There is no way to be finished. This beautiful disagreeable amazingly unique world can’t be escaped transcended overcome won.

This is a world made of awareness, awareness experiencing itself as you, as me, as the world. Heart portals open and close to open again, new songs bringing in, singing in, riffs of what sang before. There is no end to the creativity we are.

The human experience is nothing to resist, to break free from. It is the holy grail, the ultimate show, the absolute of absolutes, your mind, your body, your beingness — life’s trifecta.