Directed by Lyndsey Turner and produced by Sonia Friedman Productions, National Theatre Live will broadcast this eagerly-awaited production to cinemas around the globe. 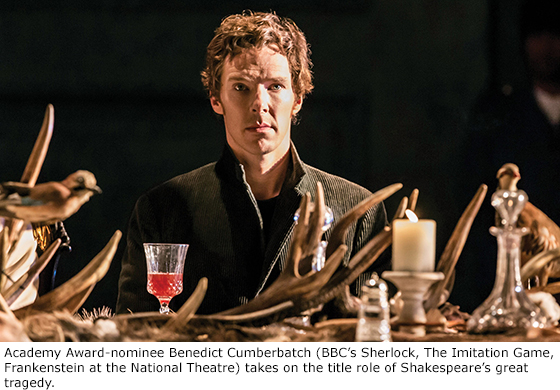 As a country arms itself for war, a family tears itself apart. Forced to avenge his father’s death but paralyzed by the task ahead, Hamlet rages against the impossibility of his predicament, threatening both his sanity and the security of the state.

Critics are raving about “Hamlet”, and it has garnered 4- and 5-star reviews from every major publication in London:

‘This is a Hamlet for a world on the edge: a warning from history, and a plea for new ideas from a new generation.’ — Matt Trueman, Variety

‘One of the most visually and atmospherically stunning productions I’ve ever seen, of anything, ever.’ — Andrzej Lukowski, Time Out

“Hamlet” will be shown at the Mary D. Fisher Theatre on Sunday, March 18 at 3:00 p.m. Tickets are $15, or $12.50 for Film Festival members. Tickets are available in advance at the Sedona International Film Festival office or by calling 928-282-1177 or online atwww.SedonaFilmFestival.org. Both the theatre and film festival office are located at 2030 W. Hwy. 89A, in West Sedona.