Cornville AZ (May 11, 2016) – Early the morning of May 11 at approximately 1:30am, the Verde Valley Fire District (VVFD) and YCSO deputies were dispatched to the 1000 block of North Page Springs Road, Cornville, regarding a traffic crash involving a 2007 BMW Z3 convertible sedan.

The vehicle with two occupants was traveling on Page Spring Rd. when it went off the road and struck a fence.  A section of the fence post went through the windshield and impaled the passenger in the upper left chest and into the back of his seat.  The driver continued to travel and finally stopped at VVFD Fire Station 32.  Firefighters were alerted and engaged in rescue operations.  The driver then fled on foot. 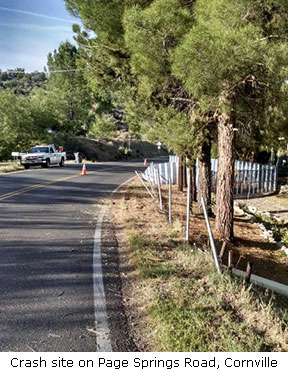 The patient was carefully and strategically extricated while preventing further injuries.  This process required cutting the fence post to a manageable length allowing the crew to remove the patient and transport him VIA Guardian Medical Helicopter, to Flagstaff Medical Center.  In addition to Fire Station 32 crew, Station 31 crew was also dispatched to assist with this rescue assignment. Cornville Rd and Page Springs Rd was shut down for approximately 45 minutes.

Flagstaff Medical Center has reported that the fence post was removed from the patient during surgery and he is currently listed in stable condition.

Deputies were able to identify the driver as Ryan Matson. Deputies located Matson at a home in the 11000 block of Oak Run Lane in Cornville. When initially contacted, deputies could smell the strong odor of an intoxicating beverage on Matson. Additionally, Matson’s speech was slurred and his eyes were bloodshot and watery – all indicators he had been driving under the influence. 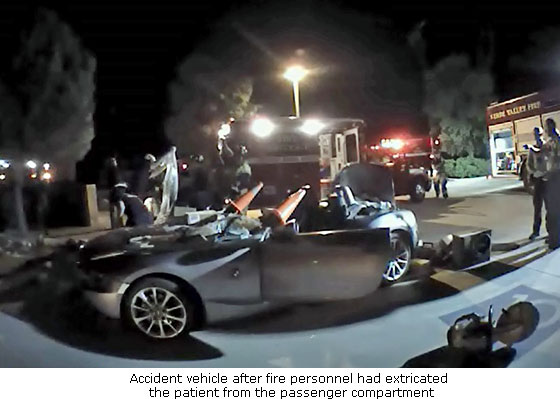 Matson told deputies he left a nearby restaurant with a male passenger, whom he could not identify, heading to a location in Cornville. He took a corner too fast on Page Springs Road, went off the pavement and crashed. Once he realized his passenger had been impaled by a fence rail, he drove to the fire station so the man could be treated. Matson suffered only a small scratch as a result of the crash. Matson failed DUI tests including an evaluation from a deputy with Drug Recognition Expert (DRE) certification and was arrested. Blood test results are pending. 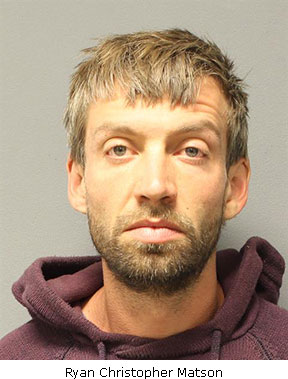 It appears the passenger was impaled by the top rail of a chain link fence at the crash site. It was estimated that at least 100’ of fencing had been damaged.

Ryan Matson was arrested for Failure to remain at an Accident Scene, DUI, Endangerment, and Criminal Damage following a single vehicle crash. He was booked at the Camp Verde Detention Center and remains in-custody. The investigation into the accident is ongoing and has been assigned to YCSO’s Serious Collision Team.