Sedona AZ (March 7, 2016) – David Wells, Ph.D., professor at ASU and Research Director of the Grand Canyon Institute, will speak to the topic, “Prison Crisis: Why is Arizona in the Top 10 States in Incarceration?” on March 21 as part of the League of Women Voters Greater Verde Valley monthly voter education program on critical Arizona election issues. The monthly series, presented in partnership with Osher Lifelong Learning Institute at Yavapai College, is free, open to the public and will be presented twice on March 21, 9-10:30AM at Yavapai College in Sedona, and Noon-1:30 at Yavapai College in Clarkdale, Rm G 106. 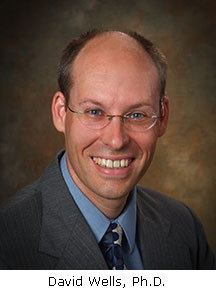 According to Dr.Wells, “In 2002, Arizona spent 40% more on higher education than it did on prisons. Today Arizona spends almost 60% more on incarceration than for higher education. Private prison contracts lock the state into 20 year occupancy agreements. The state guarantees to nearly fill the facility or pay as if it were nearly full. Meanwhile, states like New York have half the incarceration rate of Arizona and have cut crime rates at the same time. Arizona needs to rethink its priorities to focus more on alternatives and transition services aimed to reduce recidivism, especially for nonviolent offenders and drug-induced crime.”

Dave Wells holds a doctorate in Political Economy and Public Policy and has taught at Arizona State University for 18 years. He currently works from the downtown Phoenix campus where he teaches Political Science and Organizational Leadership. In 2011, he joined with George Cunningham, who was former Gov. Napolitano’s Deputy Director of Finance and Budget, and a number of former moderate legislators and scholars to form the centrist Grand Canyon Institute. Since 2012, Dave has served as the Institute’s Research Director.

For the Institute, Dave has authored numerous fiscal and economic analyses including changing how Arizona deals with lower risk nonviolent offenders, Medicaid expansion both prior to Gov. Brewer’s decision and while it was debated in the legislature, examining state pension systems, and most recently estimating tax revenue if a measure to legalize recreational marijuana were to pass and an assessment of Prop. 123 and Arizona’s underinvestment in K-12 education. Since 2004, he has authored more than 100 opinion pieces for local papers.

Dave and his ex-wife Rochelle adopted three children out of foster care in 2002 when they were 5, 6 and 7. Tragically, the youngest one died in late 2014 two weeks after health insurance cut off while she was being treated for behavioral health issues. Dave is currently working legislatively to improve the regulation of private health insurers to avoid these tragedies in the future. He ran the 2016 Sedona Marathon in her memory and to raise funds for a supportive summer camp she attended when younger.

The League of Women Voters is a nonpartisan political organization dedicated to public service in the field of government. It is a national organization — open to both men and women — whose purpose is to encourage political responsibility through informed and active participation in government. The League influences public policy through education and advocacy. The League never supports or opposes political parties or candidates for elective offices. For more information about the program, contact Barbara Litrell, 649-0135 or blitrell@aol.com.