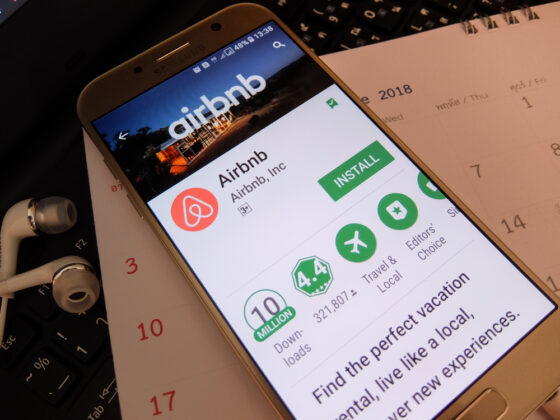 SEDONA, Ariz. — The city of Sedona is willing to pay thousands of dollars to local homeowners who offer long-term leases to local workers who can’t find a place to live.

A lack of affordable housing in the area has prompted city officials to allocate funds for a pilot program that incentivizes homeowners to stop leasing out their homes to visiting tourists.

On Tuesday, the Sedona City Council approved spending $240,000 on stipends for property owners who currently rent out their homes through short-term rental services like VRBO and Airbnb.

The program would pay homeowners anywhere from $3,000 for a single bedroom all the way up to $10,000 for a 3-bedroom house. In exchange, the homeowner would agree to rent to a local worker for a one-year lease.

“You’d be really hard pressed to find anything for rent under $2,000,” Sedona Housing Director Shannon Boone said. “With gas prices rising, we can’t keep expecting people to live an hour away.”

Some resorts have already begun buying houses in neighboring cities to provide cheaper housing for their employees.

But the Rent Local program does not, in most cases, provide as much money to the homeowner as a short-term rental would.

One rental owner texted 12News that he’d consider the plan, “If the City of Sedona is willing to be paying $6,000 a month because that’s the average amount of income we make.”

Other rental owners said they wouldn’t be able to take the city up on its offer because they live in their rentals part-time and couldn’t commit to a year lease.

“It’s huge, you know, to have two homes and you know, it helps to offset that,” Kesha Engel said. “I mean, we don’t make a profit per se, but we’re able to live there and cover the utilities and a lot of the expenses.”

Engel bought her home in 2017 and has rented it out while she lives out of state during the summers.

City officials acknowledge that their program isn’t for everyone, and won’t replace the income from a successful short-term rental.

“Some people are less successful, some people aren’t willing to put in the work that’s required,” Boone said. “And hopefully some people just recognize the need and the incentive is what they need.”

Public records indicate that 15% of Sedona’s homes currently operate as vacation rentals at unattainable prices to most of the community’s workers.

Under the city’s new program, the owner of a two-bedroom home who offers a one-year lease to a local worker can receive up to $8,500 from the city. Owners of a one-bedroom property can be paid $7,000 and studio owners can get $6,000.

Homeowners can also receive smaller stipends if they lease out individual rooms or spaces of their property.

The owner must also set rental prices at a fair market rate that doesn’t exceed $2,200 per month for a three-bedroom home, city records show.

To qualify, a tenant must have been employed with a Sedona business for at least 30 days and worked at least 30 hours per week. Retirees and disabled residents are also eligible to become a tenant under the pilot program.

Tenants and homeowners who are related to each other cannot qualify for the incentive.

Sedona will offer its rental incentives for at least one year or until the allocated funds run out.

City officials say the new program is modeled after similar incentives offered in communities in Montana and California that had also become overwhelmed with too many vacation rentals.