Camp Verde AZ (January 28, 2016) – Join us for the annual Buffalo Soldier re-enactment at Fort Verde State Historic Park on Saturday, February 13, 2016 from 9 a.m. to 5 p.m. Bring your loved ones to Fort Verde State Historic Park and learn about history with the Buffalo Soldiers, watch a Vintage Baseball game with players dressed in period replica uniforms, learn how to cook homemade Dutch Oven meals, and be a part of the flag raising and lowering ceremonies.

Buffalo Soldiers were originally members of the US 10th Cavalry Regiment of the US Army, formed on September 21, 1866 at Fort Leavenworth, Kansas. This nickname was given to the “Negro Cavalry” by the Native American tribes they fought. The term eventually became synonymous with all of the African-American regiments formed in 1866. 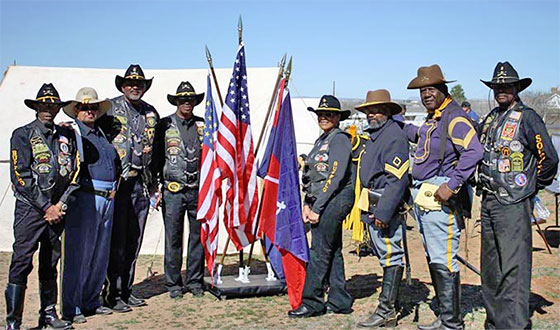 The cost is the Park Entrance Fee of $7 per person for children and adults aged 14 and older. Youths aged 7 to 13 years of age are charged $4 per person. There is no charge for children 6 years of age or younger. Learn more about the AZ State Parks Veteran Discount Program at AZStateParks.com.