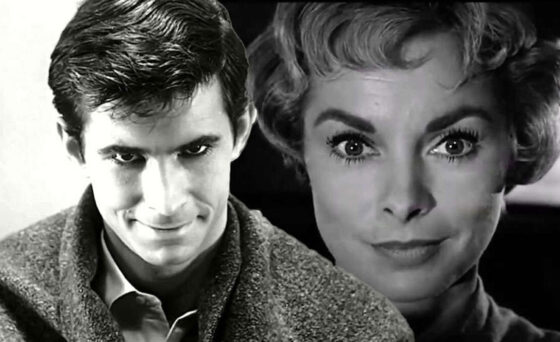 Sedona News – The final film in our “Hallo-weekend” of films and just in time for Halloween: Alfred Hitchcock’s “Psycho” returns to the big screen in Sedona on Sunday, Oct. 30. The Sedona International Film Festival is proud to present the return one-night-only engagement at 7 p.m. at the festival’s Mary D. Fisher Theatre.

Feel free to dress in costume — if you wish — and celebrate Halloween Weekend by seeing this classic horror thriller the way it was meant to be experienced: on the big screen! There will be special concessions treats in the theme of the evening!

Phoenix secretary Marion Crane (Janet Leigh), on the lam after stealing $40,000 from her employer in order to run away with her boyfriend, Sam Loomis (John Gavin), is overcome by exhaustion during a heavy rainstorm. Traveling on the back roads to avoid the police, she stops for the night at the ramshackle Bates Motel and meets the polite but highly strung proprietor Norman Bates (Anthony Perkins), a young man with an interest in taxidermy and a difficult relationship with his mother.

“Psycho” will be shown at the Mary D. Fisher Theatre on Sunday, Oct. 30 at 7 p.m. Guests may dress in costume, if they wish. Tickets are $12, or $9 for Film Festival members. For tickets and more information, please call 928-282-1177. Both the theatre and film festival office are located at 2030 W. Hwy. 89A, in West Sedona. For more information, visit: www.SedonaFilmFestival.org.