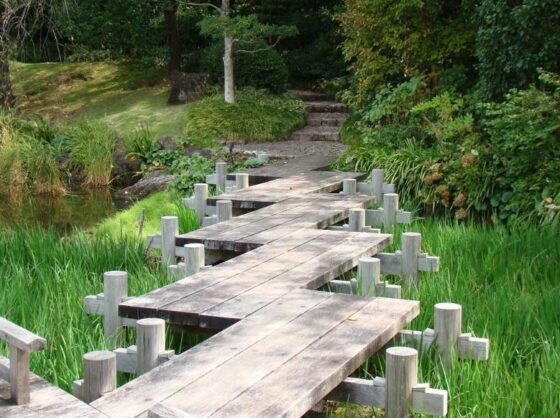 We each have our own thing. It’s where our paths have taken us and it is precious and valuable, not to mention it feels right to us. Some of us catch fire with our things, so much so that we teach our path to others, endorsing it as the way to go. Of course, we do. We believe in it. We see what it has seemingly done for us, and the natural inclination is to share our wealth of wisdom.

We’ve all heard others as they stake their claim. Perhaps we’ve done it ourselves. We buy in, falling hook, line and sinker, when what is being sold seems close enough to our thing. After all, why start from scratch? Someone who’s been there might shorten the path, shake a few of the zigs and zags out of the winding way.

For the rare one — not rare in a being special kind of way, but rare in the sense of a rare steak — bloodied and raw. Their thing is the search for truth. They are rare in another way too, there really aren’t that many true seekers, those who don’t care what the truth is as long as it reveals itself, who don’t have any conditions that need to be met by the answers they find. They aren’t looking for peace, not even happiness. The truth could be that this is it, and then you die … period. It doesn’t matter. It just has to be truth.

These are the crazy fools, the holy halfwits for love. They are easy to recognize, because they’re generally alone. The door to the abyss, to full and complete surrender, doesn’t attract many traveling companions for this fool.

Most seekers are more interested in the trappings of spirituality than the real deal. They want the peace of mind they heard about, a quiet mind, a body that behaves, an effortless flow of money in the bank, the regalia of having made it, and the bliss and happiness that’s on the menu of awakening. They want expansion, ascension, the crown of enlightenment. Of course, they do. Who wouldn’t? The holy halfwit would too, if they could.

Died in the wool seekers don’t choose the path. It chooses them, just like every other path. Anyone who’s walked it knows they wouldn’t consciously choose to be ripped apart, to walk straight into the hell of their own making. There’s a reason Jesus said, ‘Father, take this cup from me.’ He knew.

Seekers of this rare breed aren’t loners exactly, but more or less have found the necessity of being cool with the life of a hermit — space for meditation exploration penetration, time to engage with life as it is — its demons and angels, its unfolding complexity, its basic simplicity — the ability to simply be. They tend not to be surface dwellers camped out in the shallow end of the pool. Even when they are talking about the weather there’s always something more going on.

For some, their thing is one of the world’s 4300 religions. It fills them up, gives them hope direction purpose, and tucks them in. I was one of these in a previous life. I was expelled from that pull of gravity when I was sixteen this time around. I didn’t do anything. It wasn’t my fault or my merit. One Sunday, I simply knew it wasn’t true for me. My path had diverged.

Others pursue material things, the more the better, the one with the most toys, or most in the bank, wins. I did that for a while this lifetime. I was really good at it too. There was a time when I, like most on this path, didn’t quite understand why everyone didn’t find a well-paying job and settle into the good life. That is, until I found myself unable to stay another day, until I walked away from money and power, security and the lifestyle that accompanied it. While others were fed, nourished in that world, I could feel my soul slowly slipping away and I could not stay.

Did I do something different than everyone else that brought about that shift? It doesn’t seem so to me. One day the pain of my chosen path made itself visible palpable untenable.

While on the path — whatever the path is — we think it’s the right one. We wouldn’t be on it if we knew it was the wrong one — that is, unless we literally see no possibility of retreat or advance. I stayed in a marriage past its expiration date for just that reason. I couldn’t leave until I could. I guess the same could be said for my career, for any shift for that matter.

It seems we have lessons to learn, obstacle courses to tackle, pains to feel, wounds to tear into and the need to lick those wounds and heal. We have to be opened and primed for the next step. Life does that. That seems to be its entire bent — to open and prime us for our next adventure.

Some lifetimes feel like a myriad of lifetimes, a multiplicity of chapters, all with their own unique storylines. This life, as I suspect many lives, feels like one of those, ever changing chapters, endless shifts, parading characters and roles. None, right or wrong. They simply were and are. It feels like I have a couple more chapters in this good book.

Wowser! I can’t imagine anything better than This. Oh yeah — it’s eternally This — shapeshifting dancing frolicking — This in motion — This infinite being assuming finite form — one chapter to the next.