Cornville AZ (February 5, 2021) – On February 4, 2021 at 0754 Verde Valley Fire District (VVFD) responded to the report of a possible wildland fire in the area of Tissaw and Cornville Road. Crews from Verde Valley Fire District and Cottonwood Fire and Medical Department arrived on scene in the area of Forest Service Road 9813 and Tissaw road to find a van full involved with fire spreading to the near vegetation and camping equipment.

Crews made a fast attack on the fire and prevented any further spread to the surrounding wildland area. The occupants of the camp site apparently had fled the area after the fire had ignited according to bystanders. It is unknown if anyone at the camp site was injured. 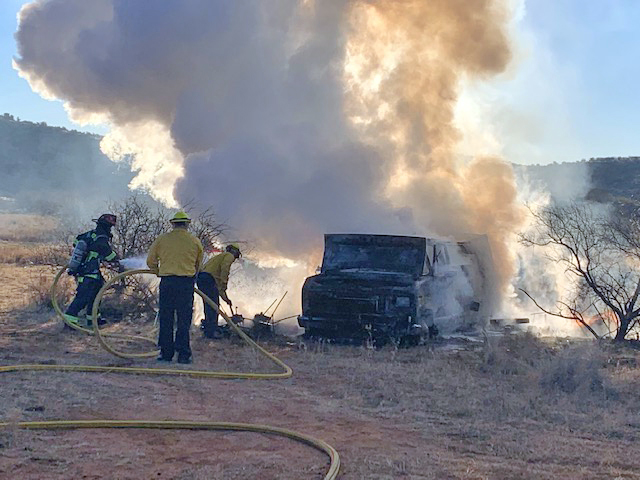 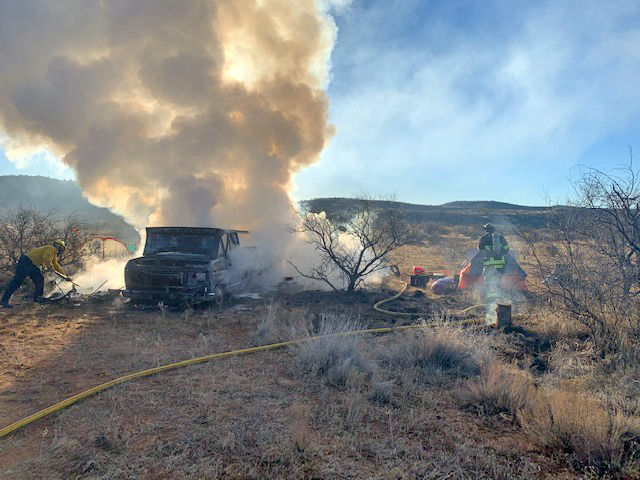 The scene was turned over to Forest Service officials for an investigation of cause.

Verde Valley Fire District would like to thank the following agencies for their quick response and hard work to prevent the fire from spreading any further: Cottonwood Communications Center, Cottonwood Fire and Medical Department, Coconino National Forest, and Forest Service Law Enforcement.