The Sedona Public Library will participate in the Arizona Centennial Community Bell Ringing at 2:14 p.m. on February 14. If you can’t make it to the official ceremony at the Wayside Chapel in Uptown Sedona, join us for an informal ringing of the bells. Learn more about the history of Arizona by exploring our extensive and informative Arizona Collection.

By Jan Aranoff, Member of the Library Board of Trustees

Sedona AZ (February 7, 2012) – Cultural Historians often link modern holidays to earlier pagan holidays. Most historians consider the Roman holiday of Lupercalia, which was celebrated on February 15, the earliest source for Valentine’s Day. This Roman holiday is believed to have started as early as the founding of Rome around 750 BC, and this holiday connection may be one of the oldest to be found. 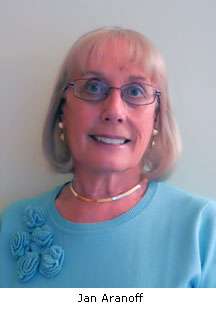 The following books in the library’s reference collection are a quick source of interesting information about Valentine’s Day:  “The Book of Holidays” by J. Walker McSpadden and “Holiday Symbols” by Sue Ellen Thompson.

Around 500 AD Pope Gelasius designated February 14 as St. Valentine’s Day. There is controversy around exactly who this St. Valentine really was, but most agree he was an early Christian martyr.

One popular legend holds that Valentine was a Christian during the 3rd century in Rome, being held in prison, who fell in love with his jailor’s daughter. Just before being put to death for his Christian beliefs, he sent her a letter and signed it “From your Valentine.” Thus, the custom of sending “valentines” to your sweetheart was established.

The oldest known valentine still in existence is held in the British Library in London. The poem was written by Charles, Duke of Orleans, to his wife while he was being held in the Tower of London. It was written in 1415.

Valentine’s Day achieved popularity during the 17th and 18th centuries in England. During this period people would write poems to their beloved and create small hand-made cards, which began to be called “valentines.”

At the end of the 18th century, when printing processes were improved, small cards were produced which were inexpensive and available to the masses. Manufactured cards and cheaper postal rates added to the increased popularity of the holiday.

During the second half of the 20th century, the idea of exchanging cards was extended to exchanging gifts, most typically flowers and candy. Recently, the diamond industry has promoted the concept of exchanging jewelry. Of course now, with computers and the Internet, e-cards have become popular.

You might enjoy reading how our major holidays have been “consumerized.” Leigh Eric Schmidt’s book, “Consumer Rites – The Buying and Selling of American Holidays”, explains how the Puritans nearly banished holiday celebrations, but they were reinvented in the nineteenth and twentieth centuries.

The Sedona Public Library is featuring a collection of lovely handmade valentines that have been donated by local artists as part of the Friends of the Sedona Library’s “Art from the Heart” project. These works of art are for sale with all profits going to the Friends to benefit the library.

The children’s room has books focusing on Valentine’s Day on display. The Saturday Story Stop will feature a story with a valentine theme.

All of us at the library wish you a very Happy Valentine’s Day!