Today’s Photo from Ted Grussing Photography:
What the ?

… I spent a lot of time this evening going through shots from the blue bird shoot in February and managed to delete about another 600 or so and still many more to go. I came across a short series which included this shot where a female Western Blue Bird came in and gave this male a very hard time and the next shot in the series shows the poor guy skewed, but not skewered. A fun shot with a couple of very beautiful birds. 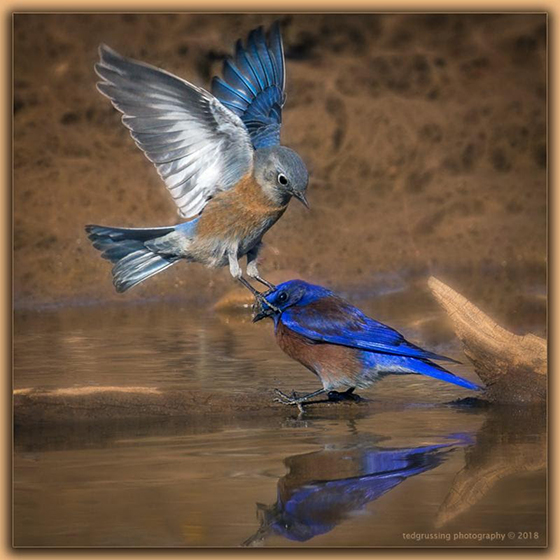 A rather quiet day and thinking today will be also … going to try and wrap review of the blue bird shoot up.

Have a beautiful day … keep breathing … be careful when you go outside as this young lady is still out there flying around :+)

Give me to gladly go
My way and say
No word of mine own woe;
But let me smile each day
— Max Ehrmann