…Saturday, Roberto arrived early to refinish our front door and he brought a new bundle of joy with him … only three weeks into life on planet Earth, Lelto a Border Collie was absolutely exuberant as he engaged in new experiences never before known to him and which will be with him going forward. One kinda turned her back on him and went and took a nap … I continued playtime with this little bundle of joy. Remember when everything was fresh and new? Time to re-visit those moments and live them anew.

A sparrow was perched on top of a Texas Sage next to the deck and was keeping One in his field of vision … always a good idea … a very common bird, but each is special in its own way. Not a raptor nor a vulture, but still serving its purpose in the intricate fabric of life on earth. 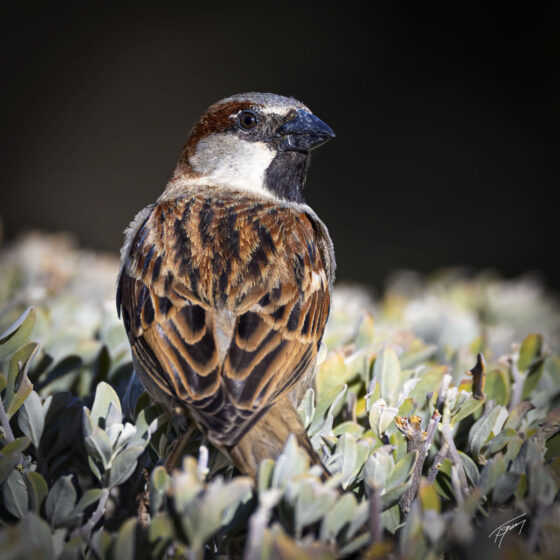 Another beautiful day and week underway … a beautiful one for sure! Here and breathing … smiling too and thankful for the gift of life.

I bring but this one common thought
My life has wrought;
That from the dregs of drear despair
Still everywhere
There is a joy I yet may sip—
‘Tis comradeship
With all mankind, the high and low
I know.
excerpt from I Know by Max Ehrmann