… that this week will see me catch up a bit on answering emails … took the last few days off to read a couple of books I have wanted to read for some time and I did it. Actually felt kinda good and my conscience didn’t bother me much … actually not at all! Close to 150 emails behind, so please have patience. 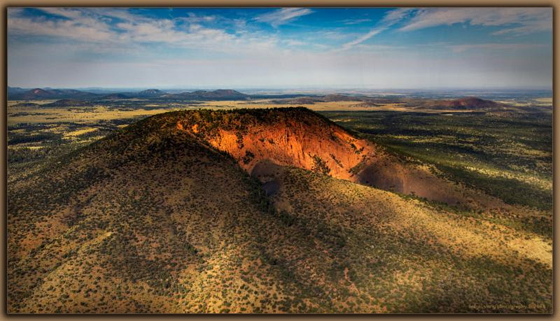 So this is a shot I took last year of Red Mountain, N and W of Flagstaff off US 180. Here is a link to a USGS site that has all the info on it: https://pubs.usgs.gov/fs/2002/fs024-02/ . The peak is just under 8,000′ and I was at 8460′ when I took the shot. I am SE of the volcano looking to the NW and quite a few more cinder cones out there. Red Mountain was formed about 740,000 years ago and is part of the San Francisco Volcanic Field which is roughly 6,000,000 years in the making ,,, Bill Williams Mountain is generally accepted as the first volcanic eruption in the field. It is a very easy hike in there and you will be glad you did.

Another week underway and time for me to shut the day down … espresso awaits in not that many hours. Hope you had a wonderful weekend and that the new day finds a smile on your face … and of course, breathing.