… this green head mallard was putting the pedal to the metal as he leveled off after his initial jump from the pond and accelerated in a shallow climb. You can see the determination and pure power of the wing stroke. You can see some water droplets trailing behind and below him. I took this shot in January down at the ponds in Page Springs with my 1DX MK I, which has now moved on to a friend who is loving it too. 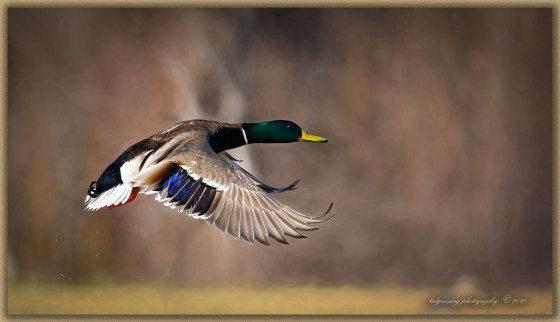 A quiet day around here with the usual stuff … house cleaning, laundry, work on the “Knot Yacht” and a few photo and gem projects … grocery shopped and they will be delivered later this week.

Short one tonight … have a wonderful day, keep breathing and smiling.

… though behind you lies a road of dust and heat, and
before you the fear of untried paths, in this brief hour
you are the master of all highways, and the universe nestles
in your soul. Therefore, in the night, sit still a while
and dream awake, ere you lie down to sleep.
— Max Ehrmann