… we all need it … mercifully our species has advanced to the point where most of us obtain our food from stores after it has been gathered and processed by  others, but for most species they have to collect and process their own food daily. This drake Green Wing Teal was grubbing for food in the muddy waters of a drained pond and seemed to be doing pretty good; really makes you appreciate Basha’s or wherever you go to buy your food. 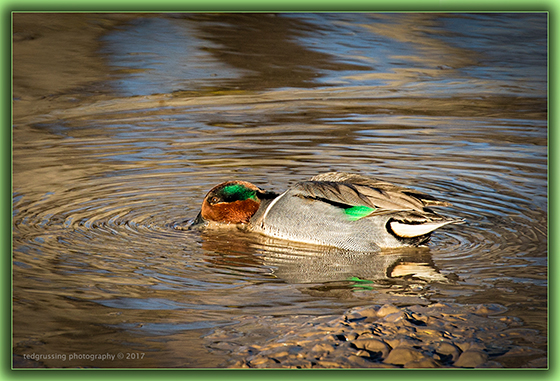 Had a nice flight again today, but not much in the way of photos as I have been flying quite high … and again in the morning. Think I may come down a ways and shoot Humphreys Peak … or not. Just nice to be up there./ The lift topped out at about 9500’ today, so back on with the engine and up some more. Just a day to mess around.