… technically it should be empty talons as this Osprey rises from the water having missed the fish he dived in to get. I have some shots with him below the water except for the wing tips still above water but they are not as crisp as I would like and for that matter neither is this one. I used the 1D-X with the new 100/400 to get the shot. The Osprey was more than a hundred yards from me so actually I am pleased to get anything that is kinda good … and the lighting was flat … and I had a terrific time. 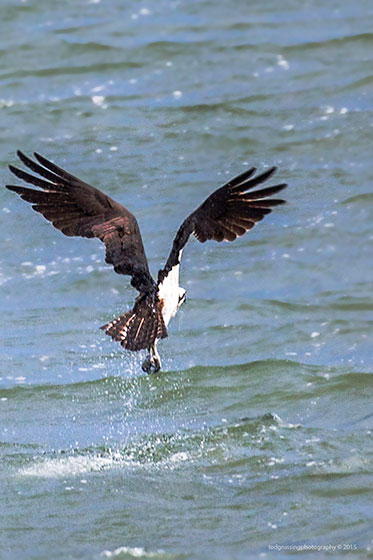 Spent most of the weekend in the house taking courses in Adobe Camera Raw and about 3PM decided to bolt and get out. I had no idea where I was going, but took two cameras with me and first to the gas station then down SR 179 towards I-17 … still no clue where I was headed. As I approached I-17 the Verde Valley looked like it was getting pounded by a storm so I decided to head north and eventually ended up at Ashurst Lake where I took this series of shots. It was beautiful up there … first time on the ground there and thoroughly enjoyed it. My shin splints are doing a lot better too so it was nice to be able to do some hiking up there. I have a tendency to push hard and in June began bumping speeds and inclines much more than I should have on the treadmill … choices and consequences … so I have backed way off, cut down times and walking and they are coming back quite well … of course they did that last week too and I pushed hard again … big mistake :+)

Monday and the new week are underway … have a terrific day and start it with a smile … easy for me as when I determine I am still here, first thought is of a triple espresso :+)

Enjoy the day … it is your life we are talking about so do what is necessary to enjoy it.

Beyond a wholesome discipline, be gentle with yourself.
You are a child of the universe no less than the  trees and the stars; you have a right to be here.
And whether or not it is clear to you, no doubt the universe is unfolding as it should.
— Max Ehrmann